It seemed wrong to post a chapter from this book during Thanksgiving, hence the delay — but I’ve also caught up with myself, and am now working only one chapter ahead. That’s good news, though. I’m getting close to done with the book! 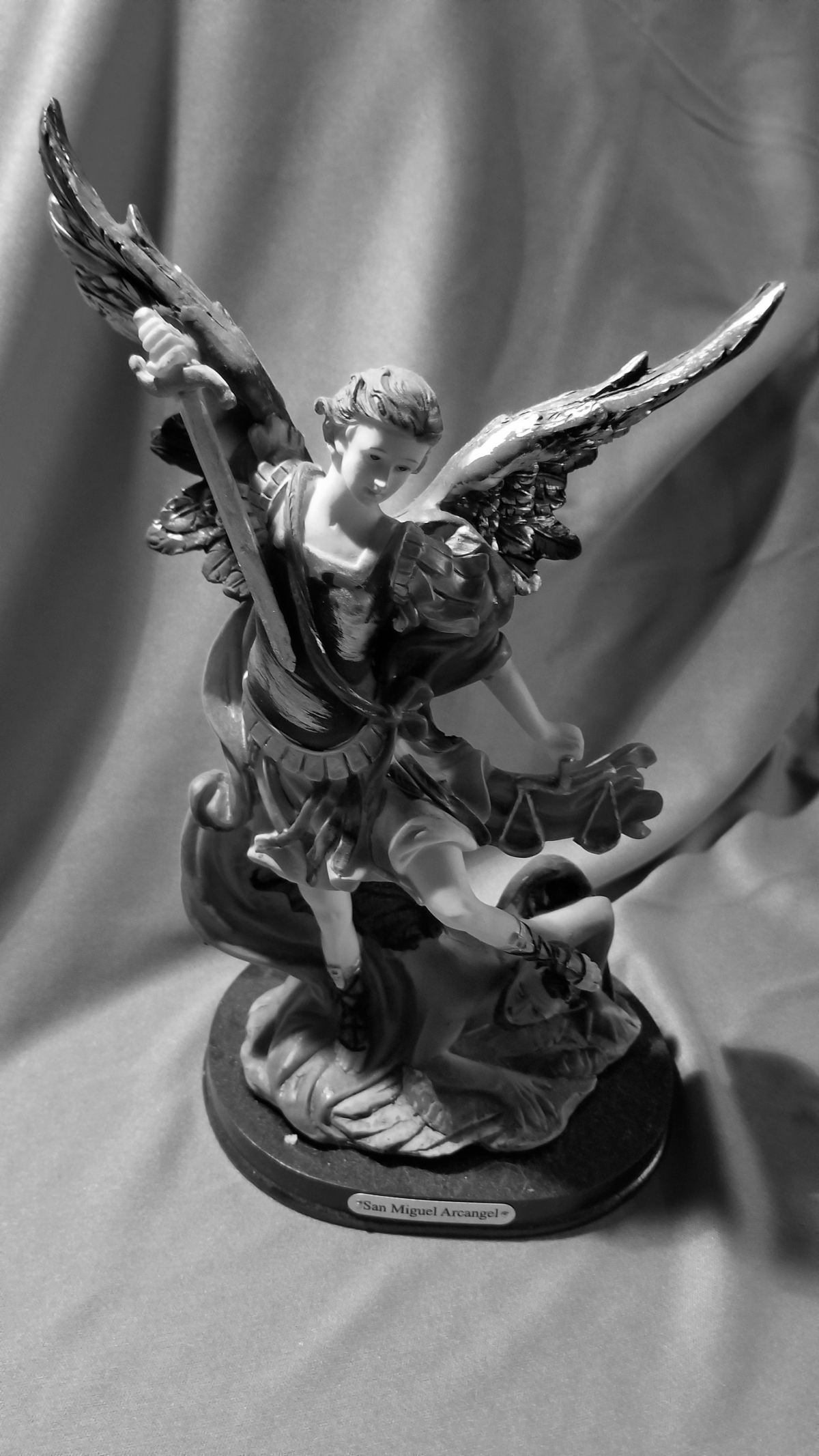 A train, a street, and a saint

Before I get to some more techniques for changing your lifestyle, I have another story — although it comes with two other stories as preface.

Los Angeles first opened its modern subway and rail system on July 14, 1990, with the inauguration of the Blue Line, which runs from downtown to Long Beach. Since then, the system has expanded and as of late 2017 it now has 80 stations, and 87 miles of rail which also connect to 120 bus routes. I’ve been a fan of the system from the beginning, and used to take the Red Line into downtown Los Angeles all the time — so long, in fact, that it wasn’t even called DTLA when I first started going. Another common destination was a great used video and DVD store on Hollywood Boulevard just down the block from the Hollywood and Highland station.

I’d gotten away from riding regularly, though, and especially once mobility became more difficult, so it was actually a great pleasure and became a new pastime once I got out of the hospital to rediscover the rail system here. I started taking weekend trips as well as spent a week-long staycation in the spring buying a day pass, then hopping on a train and exploring, and I wound up going to some places that I’d either never been to before or hadn’t been in a long time.

I’d love to take a train to an unfamiliar neighborhood, hop off and just walk around. This is something I encourage people, especially city-dwellers, to do — because there is no better way to get to know the hidden gems that are impossible to notice from a car. Whether it’s bits of street art, hidden shops, or even entire streets, it is well worth the experience. There’s also the added bonus of it being great exercise. On some of these trips, I’d wind up walking three to five miles but didn’t even notice it.

One destination that used to be very familiar to me and which I rediscovered was Olvera Street, which is about the oldest bit of L.A. history still standing. It’s part of the El Pueblo de Los Angeles Historic Monument and is known as the birthplace of Los Angeles, an event that happened on September 4, 1781 as forty-four settlers known as “Los Pobladores” created the pueblo that at the time had the much more cumbersome name of El Pueblo de Nuestra Señora la Reina de los Ángeles de Porciúncula — although that date is more traditional than historical, as there really wasn’t all that much of a to-do at the time, and the idea that all forty-four settlers walked together from Mission San Gabriel Arcángel to El Pueblo is a bit of mythology that was created much later.

The rail route to Olvera Street is via Union Station. Built in 1939, it’s the largest passenger rail station in the Western U.S., and it’s easy to believe if you ever transfer to or from the Gold Line and have to walk down the long hallway that connects all the various platforms. The place really is huge, and manages to seamlessly combine three separate architectural styles — Streamline Moderne, Art Deco, and Mission Revival — into a combo called Mission Moderne. (Sorry. My dad was an architect, so I tend to pay attention to those kinds of things.)

Olvera Street is just across from Union Station, and it’s impossible to walk into the Pueblo and not feel a great sense of history of the entire city — not just in terms of dates, but in seeing what is the authentic and original culture of quite a lot of the state of California. If you went there and ignored the tourists, you could spend the entire time speaking nothing but Spanish, which is just one of the many personal draws of the place for me.

On weekends, there’s always at least one musician or band playing, surrounded by a dancing crowd of people of all ages, and Olvera Street itself is a narrow but vibrant, two-sided lane stuffed with shops of all kinds on both sides and down the middle. The only traffic is pedestrian. Of course, most of the shops specialize in traditional Mexican clothing, arts, and crafts, combined with the inevitable tourist-trap schlock that you see everywhere. Beautiful recreations of the Aztec calendar and displays full of dulces direct from the De La Rosa candy company sit side-by-side with cheap T-shirts emblazoned with “Los Angeles,” “Hollywood,” and the like.

By the way, you can shop some limited items online if you go to Olvera-street.com, although the selection there includes mostly apparel and mugs and is hardly a reflection of the incredible variety on hand in the real location.

But that brings me finally to the story I meant to tell. I happened to revisit Olvera Street for the first of many times on Palm Sunday, 2016, and in one of the shops there bought a small statue of San Miguel (St. Michael) doing his thing, which is traditionally to be standing on Satan’s head, about to plunge a sword in his face. Not long after that, I also acquired a medal depicting the same story in the alternate version, with a dragon standing in for Satan, although the imprint of “St. Michael” at the edge indicates that this isn’t actually some St. George wannabe.

Since I’ve mentioned previously that I’m not at all religious, you’re probably wondering why the statue and medal would have any appeal for me, and the reason is because the two are highly symbolic. Hey, you don’t have to believe in the religious part in order to find the message or allegory to be incredibly moving.

In my situation, especially after the hospital, St. Michael became very meaningful to me because he and the devil (or dragon) represent the struggle I had gone through and won. Some people would see it as representing the triumph of good over evil. I prefer to see it as the battle we must eternally fight against our own demons.

We need to become our own St. Michael or San Miguel, and to think of ourselves in exactly that way. It’s a powerful and empowering image, especially once we cast our own bad habits in role of Lucifer. (The image at the top of this story is of the statue I bought in case you’re not familiar with the symbolism for this particular saint.)

Wings, Roman armor, a sword, and the scales of justice — this is one archangel who comes well-prepared. Meanwhile, Satan is naked and ass-up, helpless against the onslaught.

That’s how I want you to start thinking about the habits you want to break and the things you want to change as I walk you through the process of putting on that armor, picking up that sword, and growing wings.

Read an excerpt from Chapter Eight or Chapter Ten, or start with the Prologue.