When you lose a lot of weight, you discover things you might not have expected. In this excerpt from Chapter Ten, I discuss one of them. 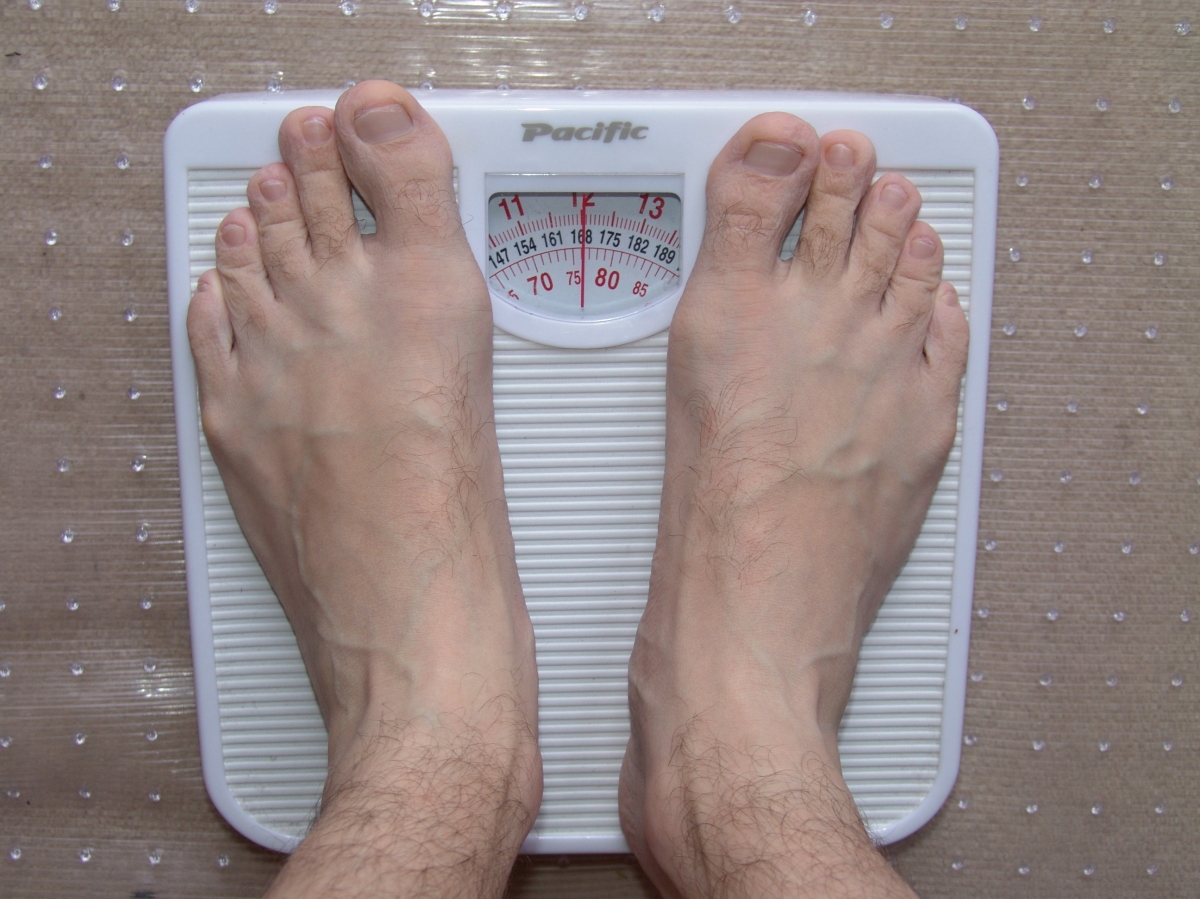 Twenty things you learn when you lose a lot of weight

While I was in the hospital, I lost close to sixty pounds real fast in the form of the water they managed to squeeze out of me with a diuretic IV, but that left me at 220, which was only slightly less than I’d been hovering at for a while. It took me exactly a week to break the 200 lb. barrier going down, and then about seven months to lose the next 20. It was exactly a year to the day after I went into the hospital that I dropped below 170 for the first time.

So it’s not a fast process by any means, and there are ups and downs along the way, although fortunately because of my changes in diet and lifestyle, the “ups” were very small and temporary, and never more than six pounds in a day, although generally I would also lose most of that gain by the next morning.

Here’s a fun fact: Yes, it is possible to lose weight while you sleep. In fact, it’s apparently totally normal, something I’ve documented by weighing myself twice a day, every day — right after I get up and go to the bathroom and right before I go to bed. Remember: We breathe in oxygen and breathe out carbon dioxide, which is 38% heavier than oxygen, so there’s some of your passive weight-loss right there. The vast majority of the air we breathe — 70% at sea-level — isn’t even oxygen, it’s nitrogen and other inert gases, so it just goes right in and right out.

Sweat can also remove weight while you sleep.

Here’s another fun but totally anecdotal fact that I’ve verified with my handy digital bathroom scale: A good ripper of a fart can actually make you slightly heavier! Although note that your results may vary and come down to whether your gas is predominantly methane or hydrogen sulfide, which determines whether you’re losing weight or losing buoyancy. Yes, that’s actually a thing. Gas inside your intestines can make you a little less dense and a little more “floaty,” or affect you the other way around.

The more you know…

Anyway, in my case, it was that rapid 20 lb. loss right at the start that helped really kick-start things for me and kept me from getting frustrated or really noticing (even until now) that it took so long for the rest of the weight to drop.

There are both pros and cons to losing weight. Some of them are probably pretty obvious. When you lose weight, you’re healthier, it’s easier to get around, seats on subways and in theaters are much roomier (although not necessarily more comfortable), and people don’t give you the stink eye when they see you coming.

But some of the benefits and annoyances will probably surprise you. What surprised me was not only going through them myself but, as I was researching for this book, finding people with similar stories and realizing that things that I experienced that I thought were weird were totally normal. Here are just a few of them.

For most of my life, I’ve been more a fan of colder weather than hot — which goes really great when you grow up in Southern California (sarcasm), and has gotten even less great as the weather has gotten hotter and hotter over the years. But when I was younger, I could have run around naked in the snow and worked up a sweat, but not have cared one bit or felt at all cold — but let it get much above room temperature and I’d have started sweating like crazy.

And this was always independent of my weight. Whether I was fat or thin, I always preferred it cold. That all changed this time around, but that’s probably an advantage. All of a sudden, the heat doesn’t really affect me at all while the cold does. This was probably why I willingly made so many trips to Palm Springs this year — I can now tolerate temps above 110ºF (43ºC).

This isn’t something that we’re all imagining, either. Called “cold intolerance,” it’s a real phenomenon with several causes. The most obvious one, of course, is that you lose a lot of insulation. For me, that translated into an 11- to 12-inch drop in waist size, from 42 to 30-ish. I saw “ish” because 31 inch pants are a little big on me while 30 are a little small, so I’m right in between. Another issue can be caused by Calorie restriction, which slows your metabolism. Lowering metabolism is like damping a furnace — less energy burned, less heat created.

In my case in particular, I had also developed a bit of anemia, although that finally cleared up. But it’s a condition that can also contribute to feeling cold. In fact, this is one of the reasons that women are often colder than men in the same situations and temperatures — losing blood can cause anemia, and menstruation leads to blood loss, which most men don’t even realize is a thing.

One of the places where I found a lot of confirmation of what I’d experienced was in a Reddit thread in the Ask Reddit sub with the question “Former fat people of reddit, (sic) what were some unintended side effects of your weight loss?” Feeling cold happened to be the most popular response, but far from the only one.

Yeah, who knew — useful information from an online news aggregator. (Actually, if you pick the right so-called sub-reddits, you can learn a lot.)

Read an excerpt from Chapter Nine or go to the Prologue.