In this excerpt from Chapter Twelve, I share my tips and tricks for healthier eating through creative cooking. 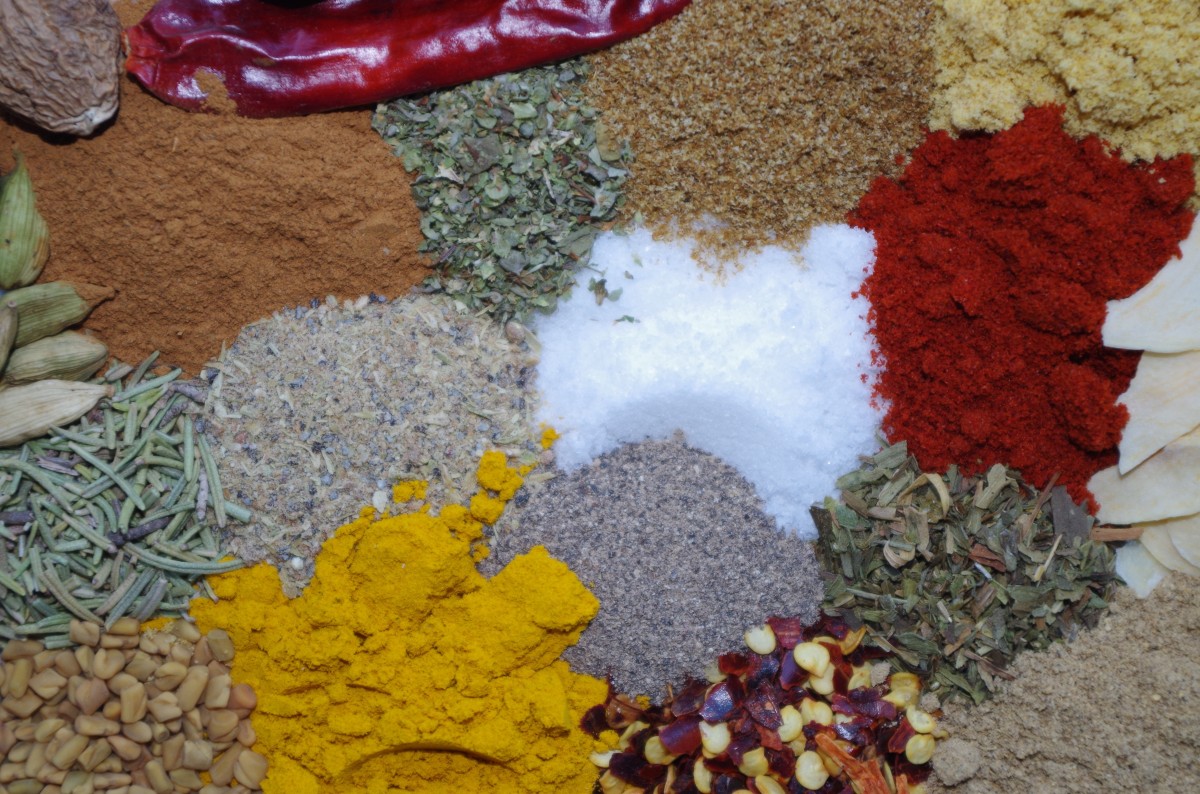 All right. We’ve made it together this far, so now it’s time for the fun stuff. I’ve written plenty about nutrition and how to lose weight. Now I’m going to tell you how to put it into practice and share some of the kitchen tips that I’ve learned myself.

Aside from paying attention to the nutrition facts, a big part of eliminating sodium from my diet involved coming up with workarounds to avoid it as much as possible. Remember: salt isn’t the only seasoning in your pantry that’s full of sodium. Soy sauce, steak sauce, ketchup, mustard, Sriracha, and teriyaki sauce can have surprisingly high amounts of it. There are variations, though. For example, honey mustard tends to be lower in sodium than yellow or Dijon, but higher in sugar.

Some condiments can be multiple offenders, as well. Not only is ketchup full of sodium, it’s often loaded with sugar via our old friend high fructose corn syrup — although low sodium ketchup is available. And some brands, like Trader Joe’s Organic Ketchup, are much lower in sugar, at 2 grams per serving, while a brand like Heinz has twice as much sugar but about the same amount of sodium. BBQ sauce is an even bigger offender in all areas except for fat. And mayo, while tasty, hits hard in fat content and, depending on brand, can be a little high in sodium.

Prepared horseradish is probably the most surprising of the bad condiments, bringing with it an excess of sodium, sugar, and fat. Better to make your own instead, which is surprisingly easy. I’ll explain how to do it later in this chapter.

Healthy alternatives to the aforementioned condiments include things like hummus, pesto, tahini, tzatziki, guacamole, chutney, and certain salsas. And, again, some types of mustard can be healthy if you pay attention to the sodium content. Another Indian staple, raita, is also healthy and not only goes great with chutney, but can replace mayonnaise.

Take a look at the healthy and unhealthy list one more time and see if you can spot the pattern. That’s right — the unhealthy ones are mostly all-American/Northern European, while the healthy ones come from Southern Europe, the Middle East, and Asia. The outliers on both sides are unhealthy soy and teriyaki sauces from Asia, and healthy guacamole from Latin America.

That quote comes from Frank Herbert’s Dune and, in the context of the books, was more a metaphor for control of fossil fuels than seasonings, because Herbert’s “spice” was a substance produced by sandworms that gave interstellar navigators their ability to fold space. So in its original contest, you could replace “spice” with “gasoline” to get the same result.

Oddly enough, though, quite a lot of colonial expansion in the age of “discovery” (aka the age of “killing non-white people”) involved bringing back new and exotic spices from all those countries discovered in the Americas and South Pacific. Prior to that, a lot of trade between Europe and Asia done overland involved the importation of spices as well.

A lot of this trade and seeking of new flavors, though, was just an extension of the Old World’s deadly love affair with salt.

Now, I completely understand the appeal of salt. I was hooked on it myself for a long time. So, when you have to cut way back on the sodium, you run the risk of everything suddenly tasting bland. But fear not: there are healthy alternatives that can flavor that food right back up and, in fact, make it taste even better than it did with salt.

When I was in the hospital, one of the nurses there tipped me off to a brand of seasoning called Mrs. Dash. It was developed in the 1980s by Carol Bernick, who wanted to create salt-free seasoning alternatives for cooking at home. Each flavor is made from granulated herbs and spices, and they have quite a range of them. There are twelve varieties of spices in all: Caribbean citrus, extra spicy, fiesta lime, garlic and herb, Italian medley, lemon pepper, onion and herb, original, Southwest chipotle, spicy jalapeño, table blend, and tomato basil garlic.

I have tried most of them, although I have a caveat. Because they don’t contain salt, they are subject to clotting in humid weather, so you definitely need to keep them in a very dry place. I’ve tried six out of the bunch and found that lemon pepper, Southwest chipotle, and table blend clumped the most, while original and Italian medley clumped the least and garlic and herb has never clumped at all, so keep that in mind.

They also make three grilling varieties, for chicken, steak, and hamburger. I’ve only tried the chicken, but it hasn’t clumped either. Of course, you can probably completely avoid this issue with their liquid 10-minute marinades, which I haven’t tried any of yet, although I suppose I will be, since I didn’t even know they existed until I researched the history of the product to write this section!

There are other salt substitutes out there, some good and some bad. In general, you should try to avoid substitutes with potassium chloride in them, especially if you have kidney problems or are taking certain medications. Consult with your doctor first.

None of the Mrs. Dash products contain potassium chloride and range from a minor 5 to 10 mg of potassium per serving. Some brands of salt substitute that also lack potassium chloride are The Spice Hunter, Benson’s Table Tasty, and Chef Paul Prudhomme’s Magic Salt Free Seasoning.

But you don’t need to resort to commercial replacements, especially since some of them can be a bit pricey — Prudhomme’s is $7.09 for a 5 oz shaker on Amazon, for example. The nice thing about going salt-free is that it actually opens up all kinds of possibilities for flavorings, some of which you may never even have thought of before.

Here are some of my personal favorites…

Read an excerpt from Chapter Eleven, or start with the Prologue.