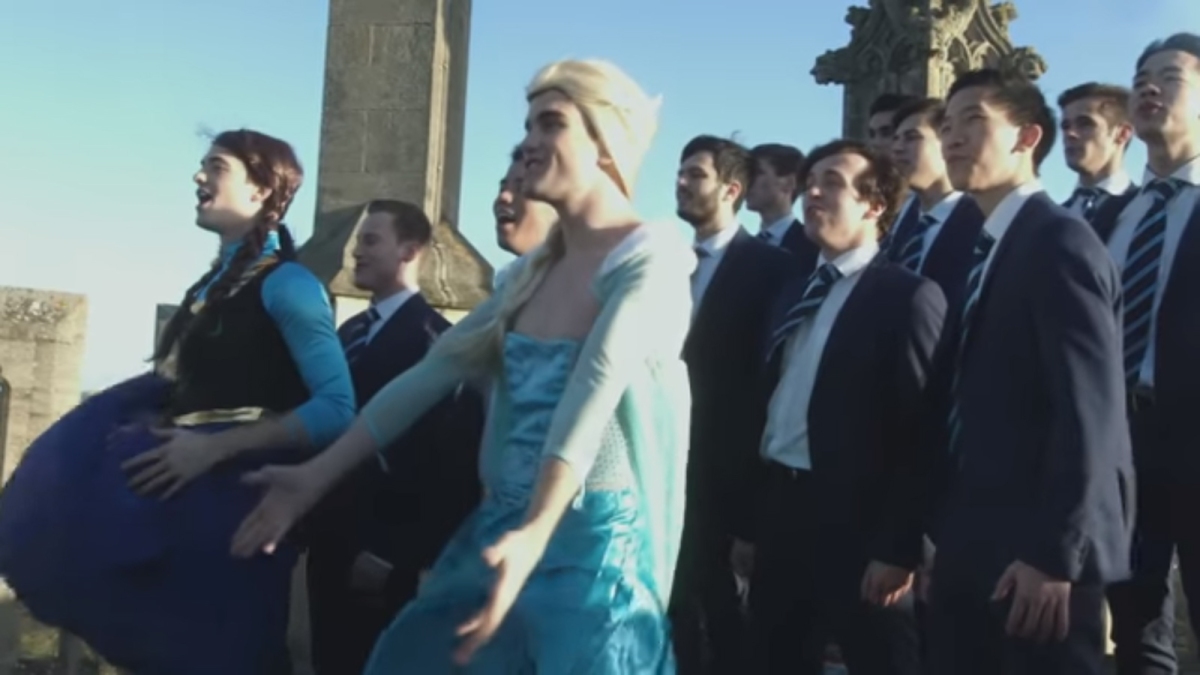 The Boys in Blue Are Back

The latest Christmas Charity single from Out of the Blue Oxford dropped today, so I couldn’t not share it as a bonus track on the countdown, since they’ve been featured before not once but twice. This time around, it’s an unabashedly gay and over-the-top medley of tunes from Disney’s Frozen.

Bonus bonus! Three years ago to the day, they dropped this one, which becomes more joyously gay by the second with the nice conceit of a pretentious director trying to rein them in. Ah, for oh-so-innocent days of late 2016 again!

Meanwhile, please visit their page and donate to Helen & Douglas House and/or buy the charity single that this video is plugging to benefit the same group. And drop a tip in my jar if you’re so inclined. It is the giving season, after all. You’ll be glad you did.

Watch the Christmas Countdown from the beginning!