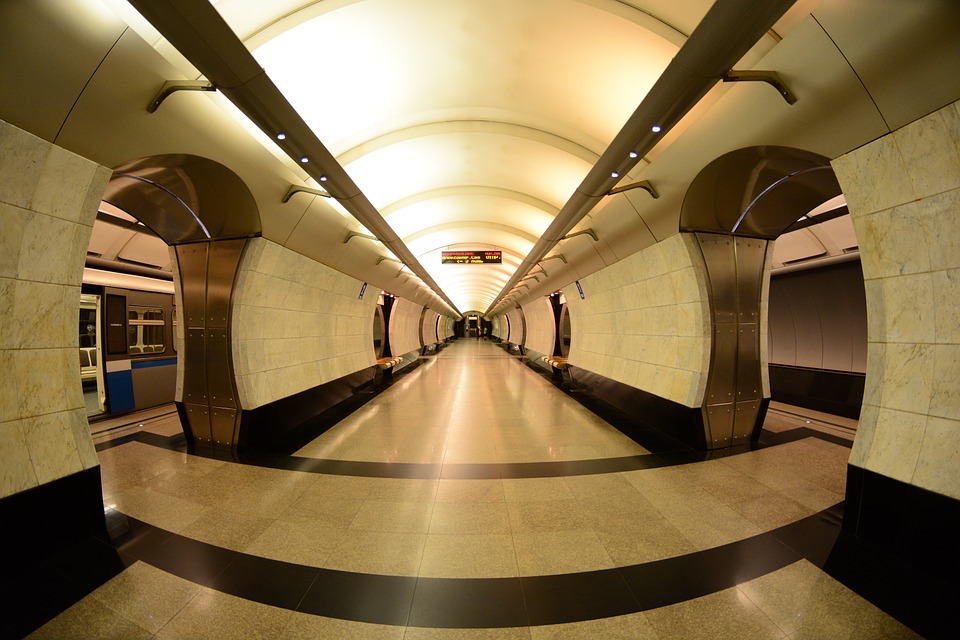 If you think that animals haven’t continued to evolve in the wake of having wound up in the middle of human cities and culture, then you haven’t been paying attention. Our friends — furry and otherwise — are catching up to us. And why not? Some of them try to emulate us as much as possible, while others are just really good at reading our body language. Others still are good at figuring out patterns independent of our behavior, while a final group doesn’t think much, but knows how to follow instinct.

Let’s start out with our emulators.

It’s a typical Monday morning as you make your way from your house on the outskirts of the city to the subway station for your regular morning commute to your office downtown. You get on the train and take your seat, armed with the newspaper or touch pad or smart phone as the usual distraction, when you notice a half dozen or so unaccompanied dogs casually enter the last car with you and, like any other commuter, take their seats. They sit or lie quietly as the train heads off for the city and, as you stand to get off at the central station, so do they.

This would be an unusual sight in most major cities, but to the residents of Moscow, Russia, it has become quite routine. In the twenty years since the break-up of the Soviet Union, the changing face of this metropolis of nearly twelve million has forced its population of stray dogs to learn the ways of their human counterparts. By night, they live in the deserted industrial areas outside of the city, a canine population last estimated five years ago at 26,000. By day, they head downtown, where the people are and, more importantly, where the free food is, and they do it the same way the humans do.

No one taught the dogs how to navigate one of the world’s busiest subway systems. They have managed to figure it out on their own, and have also learned the concept of traffic signals. Stray dogs have been observed waiting for the light before crossing the street, and they aren’t just taking their cues from humans – they exhibit the same behavior when the streets are devoid of people. What they do take from humans are their lunches, and some enterprising dogs will use a well-timed bark to startle a hapless pedestrian into dropping their shawarma onto the pavement, to be snatched away by the successful hunter. When not using this technique, they will scavenge from dumpsters, or just hang out in busy areas waiting for the inevitable handout. They’ve also been known to exploit human psychology by sending in the cutest puppers in order to do the heavy-lifting of begging for the whole pack.

Yes, these dogs are playing us.

Why they have figured out these tricks is fairly obvious: their environment changed when downtown was revitalized and they had to adapt. How they do it, though, is another question, and zoologists are still studying them to figure it out. The dogs can’t read signs, so their subway navigation, which includes getting on and off at the right stops, is still a mystery, as is their ability to obey a traffic light on their own. It would be one thing if they had been trained – but they have not.

This isn’t the only example of animals adapting to the human world. The next group are the pattern seekers, who use repetitive and predictable cues to figure out how to safely navigate the space in order to feed.

In Japan, crows have been observed exploiting roads and traffic in order to crack nuts that they can’t themselves — but the most remarkable part of this is that they use the traffic signals to tell them when it’s safe to go into the road to fetch the good stuff.

Next is the animal to exploit humans by using instinct over intellect, although ultimately a bit of both: Clever Hans, a horse that appeared to know how to do simple sums and count, until it was determined that what the horse was really doing was reacting to subtle human emotions given away as the horse approached the answer. Hans could literally tell when he’d hit the right number via tapping his hoof until the humans reached maximum excitement, by which point he’d learned that “Decrease in excitement means stop.”

At least this is a few orders of magnitude above the animal that reacts strictly by instinct, with no intellect involved — the “avoid that moving shadow and get out of the light” reaction common to cockroaches, who are far less intelligent than horses. They don’t think about what they’re doing or why. They don’t have the brain capacity for that. Instead, they just automatically skittle away from things perceived as danger. This is a very common behavior among animals, and in fact extends all the way down to single-celled organisms, which will also instinctively and automatically swim away from chemical signals that they consider unpleasant or dangerous.

That’s how survival and evolution work, and it’s how life on Earth evolved from being mindless single-celled organisms that only know “swim toward food, swim from trouble” to the complex primates that seem to be top of the food-chain for the moment and, at least for now, have developed our technology far enough to start to fling ourselves out into the solar system.

And that process is also how we inadvertently help all of our domesticated animals to evolve, so it shouldn’t be any surprise that as we develop more technology and empathy, our companions develop more empathy and intelligence. Sure, I don’t know whether it’s us or our pets getting smarter, or if it’s a mutual act, but whichever it is doesn’t matter. The only important part is that we seem to be increasing the emotional bond between ourselves and our animals that are above the purely instinctual level, since most of that latter group seem to be nothing but pests.

Maybe this will lead us to a meatless world, or at least one where all of our meat is grown in labs or fabricated from plant products. If you’ve never seen dancing cows, happy goats, laughable lambs, pet pigs, or even redeemed raccoon and frisky ferrets, you should. The more I learn about animals, the less I want to eat them.