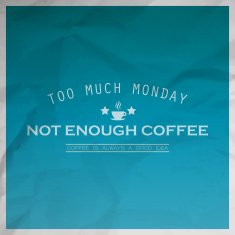 As might be obvious from some of my posts, I do have a day job — in the field of Medicare insurance — and from October 15 to December 7 every year, it’s the annual enrollment period, or what we like to refer to as our tax season.

So… I’ve been working seven days a week, plus overtime most days, and it’s not going to let up for a while, and this can have an effect on keeping up with the regular publishing schedule.

Don’t worry — The Saturday Morning Post installments of The Rêves are written and scheduled well into March, and the Friday Free-for-All questions are actually easy to do because they’re prompted.

But I might be doing more recycling or shorter mid-week posts up to Thanksgiving, at which point I’ll have a special treat as I bring back a month-long feature from last year’s holidays.

Meanwhile, I wanted to give a shout-out and a plug to an incredibly talented young actor, comedian, singer, writer, dancer, improviser, Disney park super-fan, and all-around swell guy I know: Zach Timson.

Some of you might even know him from a little online thing called the Who Was? Show. (In that clip, he shows up briefly as Henry VIII.)

Anyway, I’m fortunate enough to know him IRL through ComedySportz, and his talent, despite his youth, never ceases to blow me away. Here’s just one sample.

His big ambition is to one day be a cast member on SNL, and if it’s still around, I have no doubt that he would be if he makes the right connections. If you liked the clip above, do yourself a favor and go browse around his other videos.

Oh. Did I mention that he is one of the most amazing voice impressionists I have ever heard? If he doesn’t make it on SNL, he could still be the Rich Little, Billy Crystal, (insert famous impressionist here) of his generation.

I was fortunate, in the days before the lockdown, to meet a wide range of people via ComedySportz, from our College League on up to senior members of the company and those I played with in Rec League.

But the most important thing it taught me was that you should never discount someone’s ability to teach you just because of outer appearances like age (lack of or too much), physical ability or disability, or experience or ability in actually doing improv.

That last one might seem paradoxical, but sometimes it takes seeing something done… I don’t want to say “wrong,” so maybe I’ll just say “not well,” in order to make you understand how to do it better.

I certainly learned that one in trying to help beginning writers improve their work over many years. The ones who taught me the most were, again paradoxically, the ones who seemed to learn the least from me.

Of course, when a master of their craft walks into the room and starts teaching, it’s obvious in a second, and I have also learned over the years from many brilliant mentors, like the late Jerry Fey, who guided me from being a novice writer to a produced and award-winning playwright in a very prestigious regional theatre, or Rick Steadman, who got me into and then made me reasonably good at improv.

Which is the long way around of saying that Zach — and all of his teammates on the college league — have taught me a lot (as mentors) about doing improv, how to be funny, how to relax and just have fun on stage. But if I’d ever looked at any of them and thought, “Yeah, they’re just kids. What do they know?” I never would have learned a thing.

Listen always to the generations above and below yours. The elders have experience, while the youth have passion. Unite the two of those in yourself, and oh, the places you’ll go.

One thought on “A little cure for the Monday Blues”