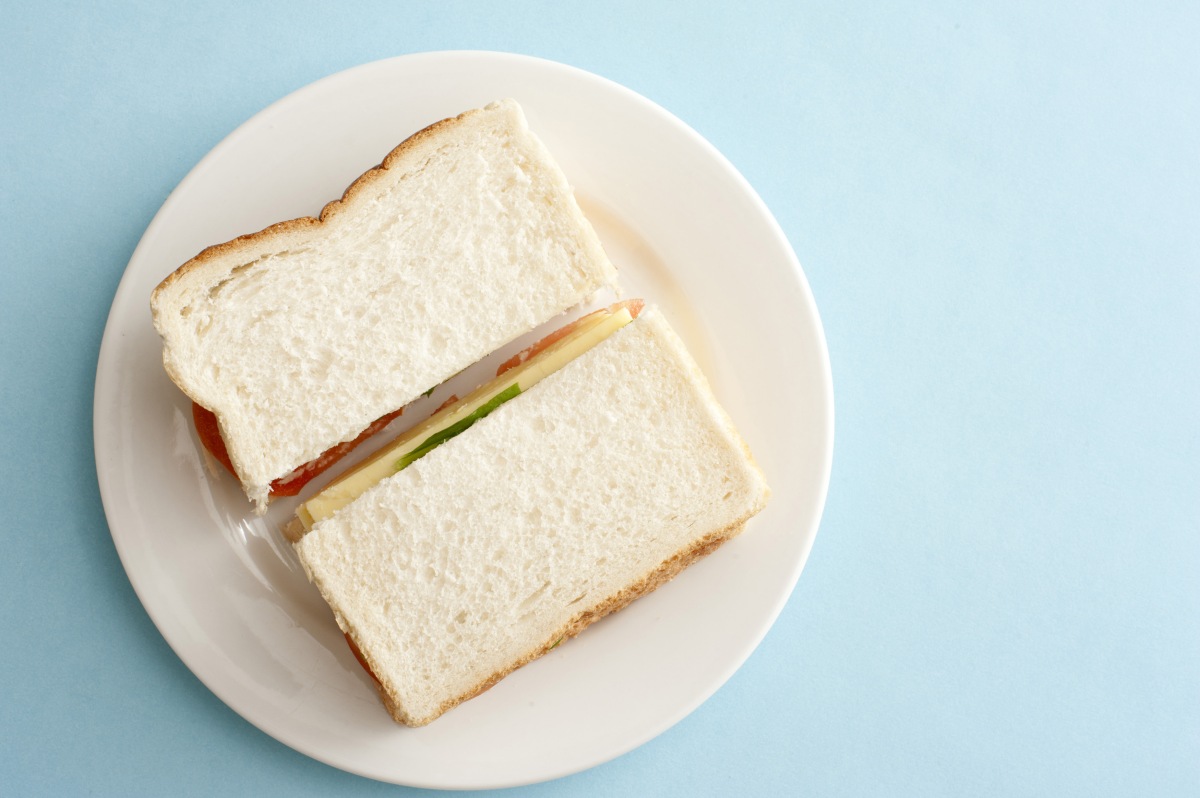 I’ve probably mentioned bits of my family background before, so some of this may be a repeat, but it’s heading toward an entirely different story, and it was brought to mind because of a coupon.

I’m a regular shopper at Ralphs, a supermarket chain owned by Kroger, and I have their rewards card. It’s the only chain I’ve shopped, other than Trader Joe’s, my entire adult life.

So, for a while now, every six weeks, I get about a dozen coupons in the mail. They come in two sheets of six each, and it always works the same way. The first page: Coupons for stuff I buy all the time. This one gets used up.

Second page: Stuff I might have bought once in the past, or lasts so long that I don’t need it, or is something I never have or would buy. This one usually stays intact.

One of the coupons they always send me is for a free jar of mayo — sometimes my preferred brand (Kraft) and sometimes not (Best Foods.)

Tonight was a free jar of Best Foods, and as I put it in the fridge, I realized, “Damn, I have a lot of unopened mayo in there.”

Fortunately, and contrary to popular belief, mayo has a long shelf life despite containing eggs because it is full of vinegar, too. Why do you think they leave it on the non-refrigerated shelves in the market?

But this surfeit of mayo reminded me that, when I was growing up, my fridge at home was not like this at all. There would be nary a jar of mayo to be found.

Flashback to my mom’s origin story. She was the daughter of an Irish Catholic couple from a suburb adjacent to Joseph Biden’s birthplace, Scranton, Pennsylvania. Grandfather was a coal miner. Grandmother was a baby machine.

No, seriously, that seemed to be all she did. Over the course of twenty-six years, from the ages of about 19 to 45, she popped out thirteen babies. If you’re counting, that’s one every two years. She started all of that not long before the Great Depression — not a good time for a laborer, even one in a union, to try to be raising that many kids.

Only seven of them made it to adulthood. There were a lot of stillbirths, and one who died in middle childhood. I’d assume miscarriages as well. But my mother was right in the middle of the surviving bunch, so she and her one older sister wound up helping grandma raise the other kids.

The oldest was one of her sisters, and the two boys, of course, were never expected to do “women’s work.” (Rolls eyes.) This left her two younger sisters and the youngest, who was born with Down’s Syndrome right around the time grandma turned 45.

He was her last.

Anyway, my  mom learned everything she knew about homemaking from Grandma Molly and Aunt Pat, particularly cooking, although food at home at the time was necessarily… not great.

They had nine mouths to feed on a limited budget, not to mention that a lot of them were not very adventurous when it came to what they ate, so it was apparently a lot of meat and potatoes. It was a typical Irish-American diet, I suppose.

But it all had to be done in bulk and cheaply, and there was a World War in there somewhere as well, so for a while they had to deal with rationing.

By the time my mom married my dad, who was a white collar professional and decidedly middle (if not upper-middle) class, she had improved her culinary skills enormously, but she still leaned toward the money-saving choices from her childhood.

She was also the only one to move all the way across the country to California, and I think being here influenced her cooking enormously — she had quite a few specialties of the Mexican and Italian food variety, which played nicely into a genetic thing that I improbably share with my dad’s half-German side of the family.

For the Bastians, the rule is “the spicier the better.”

But… the occasional lasagna or enchiladas or tamale pie were rare treats, maybe once a month, because I watched and learned from her, and they were involved and complicated.

Spaghetti and meatballs, not so much, since the only intricate part there is the meatball prep, but the cooking the spaghetti part was so simple that Mom could and did trust Dad to do it. (Took me years to figure out that was because it was something he could basically not screw up.)

Outside of the specialties, though, we were also pretty much meat and potatoes, with Sunday dinner traditionally being a huge rump roast with potatoes, usually mashed, and a side of thick-cut cooked carrots if I were lucky, or green beans if I weren’t.

I despise green beans. No one can convince me that they do not only exist as wax fruit that is inexplicably slipped into cookpots for no good reason.

But, without the sides, that Sunday dinner would turn into roast beef sandwich lunches for both Dad and me for the rest of the week, and I had no complaints.

And those sandwiches? Roast beef on Wonder Bread with Miracle Whip. Our house also lacked butter — for Mom, it was Parkay Margarine all the way or, as I say now, “¿por qué margarina?” We also had Carnation instant milk, which was (is?) powder mixed with water, and the only “cheese” I ever knew were individually wrapped Kraft American singles, which IIRC were always referred to as “cheese food product,” which sounds about as unappealing as possible.

The plastic each slice came wrapped in probably had more nutritional value and tasted better.

Mom also committed what I now consider from my own experience cooking and baking as the ultimate culinary sin. She used Bisquick.

In case you’re not familiar with it, it’s a product designed for people who couldn’t be arsed to measure out and whisk together a little flour, baking powder, salt, and baking soda — and anathema if you need to leave out the last two ingredients for health reasons.

So, yeah… Other than the occasional ethnic meals, my culinary upbringing was about as damn white as you could get. It always amazed me, because she certainly could have afforded a lot more and better, but the habits we develop in childhood, especially when it comes to food choices, can be very hard to break.

Then I went off to college. It was a Catholic university — which I attended for the film school, not the religion — but, ironically, it opened up a whole new world of food for me.

On my first lunch from campus food service on my first day living there, I had a burger and I had real mayo on it, which I had never tasted before.

OMFG, what a revelation. The sugary blandness of the very misnamed Miracle Whip faded into memory as I discovered the sassy, tangy goodness of real mayo enticingly teasing my taste buds.

And then there was wheat bread, which actually tasted like something, and delivered every bite of sandwich with a little hug. Don’t get me started on tasting real butter for the first time, and then the goodness of butter spread thick on hot wheat toast.

And I was absolutely addicted to milk. I still am. But even real non-fat milk was better than the reanimated corpse milk I’d grown up on, and I’d even occasionally dare a 2%.

This was also when and where I first took my tongue around the world. In a culinary sense, you pervs. I was already familiar with Mexican and Italian food, but discovered Chinese, Indian, Thai, Indonesian, Salvadoran, and German cuisine — I’m probably missing a lot on that list — largely thanks to my university having a very diverse student body, both of native-born Americans from different cultures and international students from different countries.

Did I mention that my very Catholic university had an amazing bagel bar every morning, with every conceivable kind of bagel and shmear, along with lox and onions and the works?

And how amusing it was to see the Catholic high school kids the first week not know that you cut it in half and the stuff goes inside, you don’t spread it on top?

But, like I’d been, they were also clearly lacking in certain culinary experiences, so I shouldn’t really make too much fun of them. I’ll reserve that mocking for people who are having authentic tamales for the first time and don’t know that you have to take the corn husks off before eating because, I mean, duh. That should be obvious, right?

That’s like trying to eat your Del Taco burrito while it’s still wrapped in the paper. And that’s just silly.

About as silly as what I was stuck eating until I turned 18 and went off on my own, but I really can’t fault my mother for it. She did amazing things with what she was limited to, but she also went beyond those boundaries.

It was just the common basics of the everyday that were so much wrapped up in her past as the daughter of a poor working man with a big family. On the other hand, it kept me also stuck firmly to her roots instead of realizing how well-off dad actually was, so it kept me from growing up to be an entitled brat.

At least I’ve come to terms with it, and no longer consider having grown up on Miracle Whip and Wonder Bread to be child abuse. But, nowadays, it should be. Oh, yes, it should be.