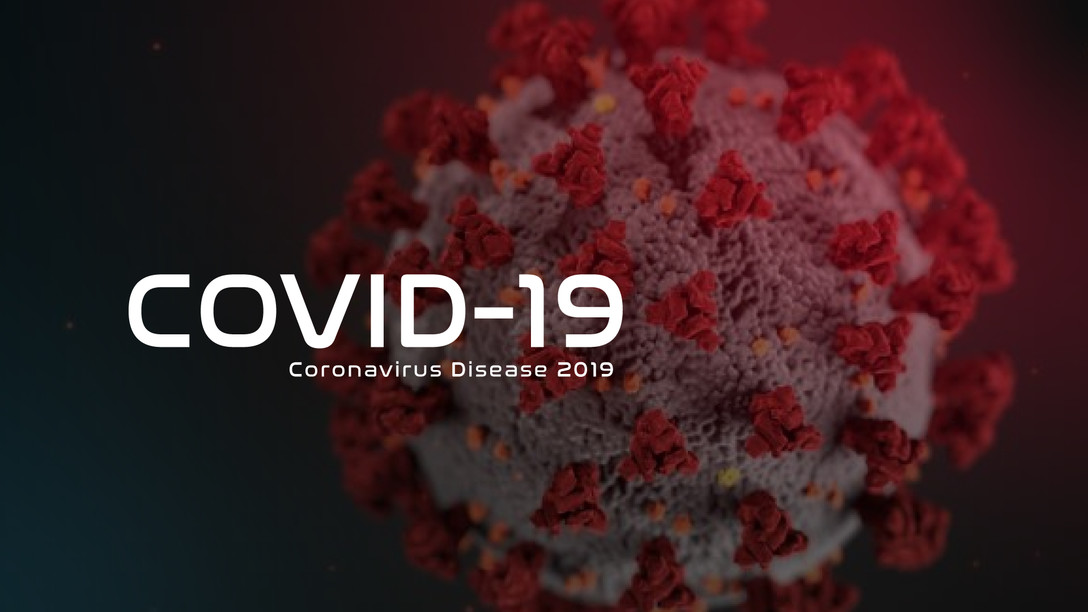 The following is a repost from the end of March 2020, just eleven days after the lockdown started in Los Angeles. This was the view from the other side of the pandemic, before we knew anything.

I used this Burroughs quote as a post title a couple of years ago in an entirely different context, but the idea has taken on new relevance, as I’m sure the world can now agree.

This post’s title comes from a William S. Burroughs quote which reads in full as, “Language is a virus from outer space.”

As for the “outer space” part, I think that Burroughs was being metaphorical, with the idea being that any particular language can appear totally alien to any other. While, say, Mongolian and Diné may both come from humans on Earth, if a speaker of either encountered someone who only spoke the other, they might as well be from different planets because, for all intents and purposes, they are from different worlds, unable to communicate with words.

And the language we use can quite literally create and shape our perceptions of the world, as I discussed in my original Language is a virus post. One of the most striking examples I cited in that link was Guugu Yimithirr, an aboriginal language that has no words for relative direction. Instead, they refer to everything based upon where it is relative to actual cardinal directions.

In other words, if you ask someone who speaks this language where you should sit, they won’t say, “In the chair on your left.” Rather, they’ll say something like, “In the chair to the north.” Or south, or east, or west. And a speaker of the language will know what that means, whether they can see outside or not.

Quick — right now, if someone said “Point east,” could you do it without thinking?

And that is how languages can change thoughts and perceptions.

But, sometimes — honestly, far too often — language can change perceptions to create tribalism and hostility, and during this plague year, that has suddenly become a huge topic of debate over a simple change of one C word in a phrase.

I’m writing, of course, about “coronavirus” vs. “Chinese virus.” And the debate is this: Is the latter phrase racist, or just a statement of fact?

One reporter from a rather biased organization did try to start the “it’s not” narrative with the stupidest question ever asked: “Mr. President, do you consider the term ‘Chinese food’ to be racist because it is food that originated from China?”

There are just two problems with this one. The first is that what Americans call “Chinese food” did not, in fact, originate in China. It was the product of Chinese immigrants in America who, being mostly men, didn’t know how to cook, and didn’t have access to a lot of the ingredients from back home. So… they improvised and approximated, and “Chinese food” was created by Chinese immigrants starting in San Francisco in the 19th century.

Initially, it was cuisine meant only for Chinese immigrants because racist Americans wouldn’t touch it, but when Chinatowns had sprung up in other cities, it was New York’s version that finally lured in the hipster foodies of the day to try it, and they were hooked.

In short, “Chinese food” was a positive and voluntary contribution to American culture, and the designation here is merely descriptive, so not racist. “Chinese virus” is a blatant misclassification at best and a definite attempt at a slur at worst, with odds on the latter.

But we’ve seen this with diseases before.

When it comes to simple misidentification of place of origin, let’s look back to almost exactly a century ago, when the Spanish flu went pandemic. From 1918 to 1919, it hit every part of the world, infected 500 million people and killed 50 million.

A little perspective: At the time, the world’s population was only 1.8 billion, so this represents an infection rate of 28% and a mortality rate among the infected of 2.8%. If COVID-19 has similar statistics — and it seems to — then that means this pandemic will infect 2.1 billion people and kill 211 million.

By the way, while the 1918 pandemic was very fatal to children under 5 and adults over 65, it also hit one other demographic particularly hard: 20 to 40 year-olds.

So if you’re in that age range and think that COVID-19 won’t kill you, think again — particularly if you smoke or vape or have asthma, and don’t take the quarantine seriously. And remember: the rich and world leaders are not immune either — not now and not then.

The president of the United States, Woodrow Wilson, was infected in the 1918 H1N1 pandemic in 1919, and while he survived, this assault on his health probably led to the stroke he had late in that year, an incident that was covered up by his wife, with the help of the president’s doctor. The First Lady became de facto president for the remainder of his second term.

In modern times, the first world leader to test positive for coronavirus was Prince Albert II of Monaco, followed not long after by Prince Charles and Boris Johnson. Of course, I’m writing these words a bit ahead of when you’ll read them, so who knows what will have happened by then.

In medical circles, the name “Spanish Flu” has been abandoned, and that particular pandemic is now known as H1N1, which I’m sure looks really familiar to you, because this has been the standard nomenclature for flu viruses for a while: H#N#, sans location, animal, or occupation, more on which in a minute.

But first, let’s get to the reasons behind naming a disease after a place. The H1N1 Pandemic was a simple case of mistaken identity and also contingent upon that whole “Great War” stuff going on in Europe.

See, other countries had been hit by it first, but in the interests of the old dick-waving “Gotta appear strong before our enemies” toxic masculinity, all of them suppressed the news. It wasn’t until Spain started seeing it in their citizens and, because they were neutral, they announced outbreaks, that the world suddenly pointed fingers and said, “Ooh… this came from Spain. Hence, it’s the Spanish flu.”

Except, not. Ironically, it seems now that the Spanish flu originated in… China. Although that’s according to historians. Virologists, on the other hand, have linked it to an H1 strain later identified in pigs in Iowa in the U.S.

Either way, all of the countries involved in WW I, aka “The Great War,” kept mum about it.

So the name “Spanish flu” was a simple mistake. On the other hand, the names of other diseases actually are outright xenophobic or racist, and we only have to look as far  as syphilis to see why.

Basically, syphilis is an STI that was the most feared of its kind until… AIDS, because syphilis was not treatable or curable until penicillin was discovered in 1928 — although it was not produced on a mass scale until 1945, thanks to needs created by WW II, and facilitated by the War Production Board.

But the reason it became known as the French disease outside of France was that it began to spread after Charles VIII of France invaded Italy in 1494-95 to reclaim a kingdom he thought should be his. It was eventually so devastating that Charles had to take his troops home, and so it began to spread in France and across Europe.

Since it first showed up in French soldiers, it was quickly dubbed the French disease in Italy and England, although the French preferred to call it the Italian disease. In reality, it most likely originated in the New World, and was brought back to Europe by… Columbus and his Spanish soldiers, who then somehow managed to spread it to the French as they worked for them as mercenaries.

Hm. STI. A bunch of male soldiers. I wonder how that worked, exactly.

And I am totally destroying my future google search suggestions by researching all of this for you, my loyal readers, just so you know! Not to mention that I can’t wait to see what sort of ads I start getting on social media. “Confidential STI testing!” “Get penicillin without a prescription.” “These three weird tricks will cure the STI. Doctors hate them!”

But the naming of diseases all came to a head almost five years ago when the World Health Organization (WHO)  finally decided, “You know what? We shouldn’t name diseases after people, places, animals, occupations, or things anymore, because that just leads to all kinds of discrimination and offense, and who needs it?”

This directly resulted from the backlash against the naming of the last disease ever named for a place, despite the attempt to obfuscate that in its official terminology. Remember MERS, anyone?  No? That one came about in 2012, was first identified in Saudi Arabia, and was named Middle East respiratory syndrome.

Of course, it didn’t help when things were named swine flu or avian flu, either. A lot of pigs and birds died over those designations. So away went such terminology, especially because of the xenophobic and racist connotations of naming a disease after an entire country or people.

Of course, some antiquated folk don’t understand why it’s at the least racist and at the most dangerous to name diseases the old way, as evinced by the editorial tone of this article from a right-wing publication like The Federalist. But they actually kind of manage to prove the point that yes, such terminology is out of fashion, because the only 21st century example they can list is the aforementioned MERS.

The most recent one before that? Lyme disease, named for Lyme, Connecticut, and designated in… the mid-70s. Not exactly the least racist of times, although this disease was named for a pretty white-bread area.

The only other examples of diseases named for countries on their list: the aforementioned Spanish flu, Japanese encephalitis, named in 1871 (seriously, have you ever heard of that one?); and the German measles, identified in the 18th century, although more commonly known as rubella.

So, again — it’s a list that proves the exact opposite of what it set out to do, and calling coronavirus or COVID-19 the “Chinese virus” or “Chinese disease” is, in fact, racist as hell. And it won’t save a single life.

But calling it that will certainly endanger lives by causing hate crimes — because language is a virus, and when people are infected by malignant viruses, like hate speech, the results can be deadly.

2 thoughts on “Talky Tuesday: Language is (still) a virus”