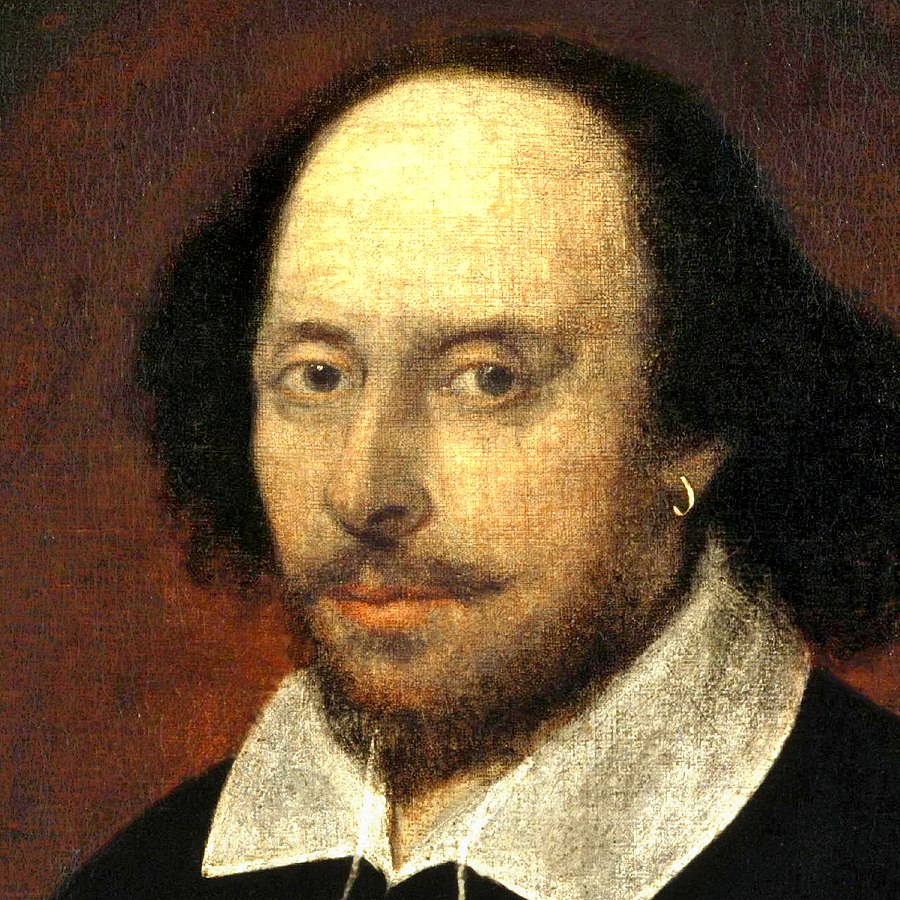 Although the possible anniversary of his birth in 1564 and the definite anniversary of his death in 1616 isn’t until tomorrow, April 23, I thought it was worth re-running this tribute from April 23, 2020, in which our world became a lot more like the world Shakespeare was plunged into ten years before his death. He’s been gone for 405 years, but only physically, of course. He’s left an incomparable imprint on all of western literature and the English language that we feel to this day.

We’re not really sure whether April 23 is the day that William Shakespeare was born, but it was the day he died. I don’t have any particular connection to that date otherwise, but I feel that I now have a stronger connection to the Bard, because both of us had plays shut down due to a plague.

For Shakespeare, it was in 1606, when the theaters were shuttered right after, or perhaps during, his premiere productions of King Lear and Macbeth. By the time productions resumed in the winter, and had moved out of the open-air theaters, the all-boy companies who had portrayed women onstage were a thing of the past, and shows were often candle-lit.

After the plague year, Shakespeare only wrote one more tragedy (Anthony and Cleopatra) and one more history (Henry VIII — although he may have written that one earlier, since Elizabeth I died in 1603.).

Otherwise, everything that came after was based on myth or legend, and this is when he created some of his most atypical works: Coriolanus, Timon of Athens, Pericles (often considered Shakespeare’s weirdest), Cymbeline (a very black comedy), The Winter’s Tale, The Tempest, and The Two Noble Kinsmen (probably co-written with John Fletcher.)

Now, while the play I had shut down is probably far less consequential than any of the Bard’s, it was still difficult. The only mitigating factor was that theater in California went dark a couple of weeks before we were scheduled to open.

However, I was fortunate in two things. First, that the director, theater owner, cast, and I all gathered on Zoom to toast the cancelled opening night and get to know each other — unlike all but one of my other shows, I’d been unable to attend rehearsals for this one. Second, later on, the director, cast, and I got together on Zoom for a private performance of the show.

Now, granted, it’s a very physical farce that pays tribute to Oscar Wilde, Joe Orton, and other writers who have influenced me. So, let’s just say that it loses a lot of that physicality when it’s just talking heads in little boxes. On the other hand, the cast still gave it their all, and my faith in the director’s choices and the actors’ abilities was not misplaced.

As a writer, it’s a rare thing when seeing your own work performed can still move you emotionally, mainly because you’ve lived inside it for so long, so it technically doesn’t have any surprises. And yet, with a brilliant cast, the humor or the drama all come flying back at you because they bring their own surprises.

I only create the characters in my head, but the  premiere cast makes them their own and cements that interpretation, and that is why I love the collaboration of theater, even if sometimes it can’t happen directly.

That’s the magic of theater, and no plague or disaster or worldwide shutdown can ever stop that permanently. It can only put it on pause, but the art-form will keep coming back, over, and over, and over again.

Finally, in honor of the possible birthday of Willie Shakes, here’s a little music video version of a number from a show I was lucky enough to see onstage before everything shut down, and which I absolutely love. The show is a musical comedy called Something Rotten, and it posits the idea that Nick and Nigel Bottom were rival playwrights to Shakespeare in 1595.

Jealous of his fame, they enlist the help of Nostradamus’ nephew to use his psychic powers to figure out what Shakespeare is working on so that the Bottom Brothers can steal it. Needless to say, Thomas Nostradamus falls short of the mark, to hilarious effect.

The interpretation of Shakespeare is… unique, to say the least, but it fits the conceit. Here is the always fantastic Christian Borle as the Bard, in a role for which he won a Tony. Enjoy!