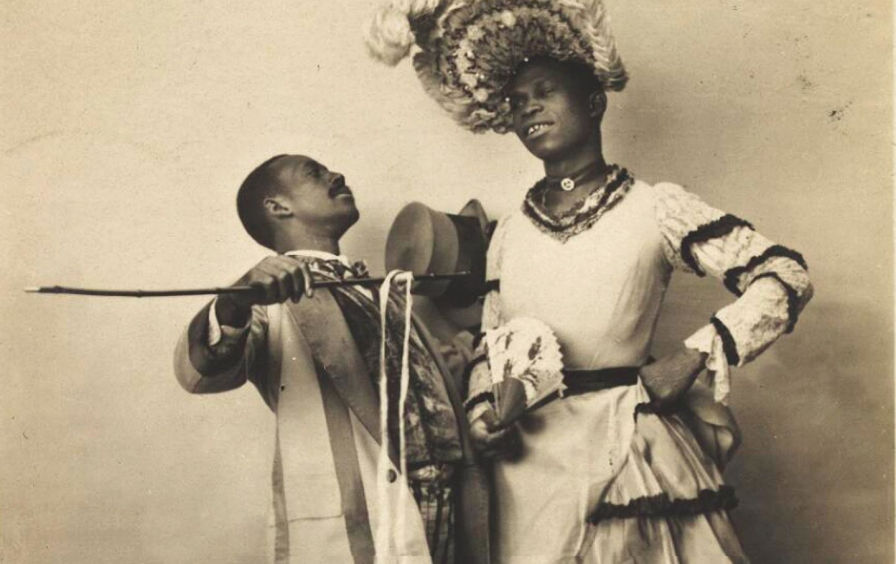 In Part I, a history of drag up through the 90s. Now, an explanation on why your author does not relate to this world.

Basically, I enjoy being a man. Okay, I’m not the butchest knife in the drawer, but I do tend to be one of those “Surprise Fags” to people who only know me casually and, yes, say one of the other things you should never say to gay people. “Really? But you seem so straight.”

“Really? And you seemed like so not an asshole.”

And as a more masculine-presenting example of gayness, this is kind of where I start to resent drag, because it sets a weird bar that we have to deal with. Put that big ol’ public face of “Yo, fags in dresses, all y’all!” then it really screws with people’s heads when they run across, y’know… “fags who can change your oil, do your taxes, and fix your plumbing, all y’all.”

So I’m in this really ambivalent position. For most of our history, it’s been the drag queens and transgender people doing the heavy lifting. But when it comes to the gay cis-men who are obsessed with drag… honey, I don’t fucking get you, and I don’t feel like I’m on your team at all.

Way back when I was a baby gay in the late 90s, I went to a place in Studio City called “The Queen Mary” to see a drag show, and my main reaction was, basically, sadness. The whole atmosphere — at a time when celebs were coming out right and left — felt like an intentional throwback to a closeted era and, in fact, other than myself and the two friends who’d talked me into going, everyone else in the place was clearly a straight tourist couple from somewhere in the Midwest.

So… there was an awkward nod-nod wink-wink to the “Hey, maybe they’re queer!” thing, almost immediately undercut by some sort of “Does his wife know he does this?” comment, i.e., instant erasure. “Hey, ladies, you think his girlfriend taught him how to do his make-up?”

Oh, please. It was the same kind of denial that blinded people for years to the fact that celebs like Liberace, Paul Lynde, and Rip Taylor were screaming queens. “No… that’s just who they play on TV!”

It was like being slingshot into the ‘70s, and it sucked. In fact, I can’t think of very many shows that have made me so angry, but this one did and, ironically, it did it by being an allegedly gay show that really wasn’t.

Oh, it was apparently groundbreaking in being the first drag club to open in L.A. back in the early 60s, although the place was founded by straight people and the front room appealed more to the “let’s gawk at the freaks” tourist crowd even then. To their credit, the back room (“The King’s Den”) was a safe haven for gay men. Still, the atmosphere of the show never came out of the closet despite the world around it doing so.

Eventually, that back room became a safe haven for transvestites and transgender people, especially “non-passing” transwomen, which maybe redeemed it a little, but the place abruptly shut down without explanation in 2017, and I don’t think that a single gay man under 50 would have missed it.

I’ve done drag exactly once, and it was mostly as an experiment because I was given the opportunity. I discuss the event where it occurred in Chapter Five of the book that was the impetus for this website, although it doesn’t come up in that extract. Basically, after my whole flirtation with mortality, I wound up going to a weekend men’s camp up in the woods near Big Bear in California, and one of the events was a Saturday night drag dance party.

So I thought, okay. I’ve never done this before, let’s give it a shot, and actually managed to pull something together fairly cheaply via two thrift shops (clothes and accessories), a local party store (wig), the drugstore (nail polish and make-up), and Amazon (shoes). The shoes were actually the hardest part to find because the necessary size-adjustment from men’s to women’s means that finding those size 15s limits the options.

While I didn’t go terribly campy, the end result worked, although the heels on the boots I’d bought made me NBA pro height, somewhere around 6’7”. But other people at the party said that I looked like a lesbian English teacher at a liberal arts college in a small town.

I took that as a complement, although ultimately I landed more in Dame Edna territory than I did in RuPaul. I named the character Betty Duzzet, trotted her out one time only, and while the schmatta and all is still hanging in my closet, I doubt that I’ll bring her back unless it’s Halloween.

What I did find educational about the experience was this. Women’s clothes suck, especially for women. They’re thin and generally unlined, they do nothing to stop the cold (especially skirts and dresses); they have hardly any pockets, necessitating those cumbersome purses that are only good for putting down somewhere and hoping they don’t get stolen or foisting on the BF/husband; make-up and nails take for-fucking ever; and walking in heels without falling over or breaking your ankles is an Olympics-worthy challenge — bad enough on pavement or floors, but particularly difficult on uneven ground. And don’t even bring up dancing in them, although I actually managed to do that without killing myself.

I didn’t even strap anything onto my chest or stuff my top, so I missed out on what it’s like to haul around a couple of funbags that can wind up weighing a lot, with or without support, constantly worried that one of them may do a Janet Jackson, or that the underwire and bra strap are really, really going to hurt. And, obviously, I didn’t have to worry about paying exorbitant prices for tampons or pads or worry about the need to use them.

My one experience with drag, I think, made me a better man, because it made me take a step back and think, “Whoa. This is what women have to deal with every single day? And why?”

When I get up in the morning, all I basically have to do is shower, maybe shave depending on how scruffy I am that morning, brush my teeth, and throw on clothes. I don’t have to worry about make-up, I don’t have to deal with extra wardrobe decisions — like bra or no, hose or not, dress or separates, etc. — and my hair takes a lot less time because it’s short enough that it generally dries into what it needs to be by the time I get to the office.

And I realize that the entire reason women have to do all of this is in order to make the men happy, and it’s such a conditioned thing. But here’s an idea. What if… give up the make-up and nails and the trying to dress to impress, and go utilitarian, at least in your daily working life. You shouldn’t be trying to impress anyone there with your looks, right? Only your abilities. Save the fancy stuff for Tinder dates and the like. But, even then, think of this.

If you showed up without make-up and dressed in your casual comfort stuff and the guy didn’t seem to mind, what would that tell you? I think that the word “keeper” is quite appropriate.

Anyone who’d say no to the real you is a shallow bastard not worth pursuing.

And now we’ve come full circle, from me bitching about men doing camp drag in order to… whatever… to me offering advice to straight women on how to plain up in order to find Mr.  Right. Yeah. I think there was some kind of symmetry there, but I’m not sure.

All I’m really sure of is that sex, gender, and orientation are social constructs and labels we really might not need anymore. But really campy drag still annoys me and feels like a relic we don’t need to keep trotting out anymore.

If this blog post has offended,
Think but this, and all is mended,
That you have but misread here
What was written by this queer
Just a weak and idle meme,
No more yielding but a dream,
Gentles, do not reprehend:
If you pardon, I will mend:
And, as I am an honest fuck,
If I have unearned luck
Now to ‘scape the serpent’s tongue,
I will make amends ere long;
Else this fuck a liar call;
So, good day unto you all.
Comment below, if we be friends,
And thus I  shall restore amends.

(With apologies to William Shakespeare.)