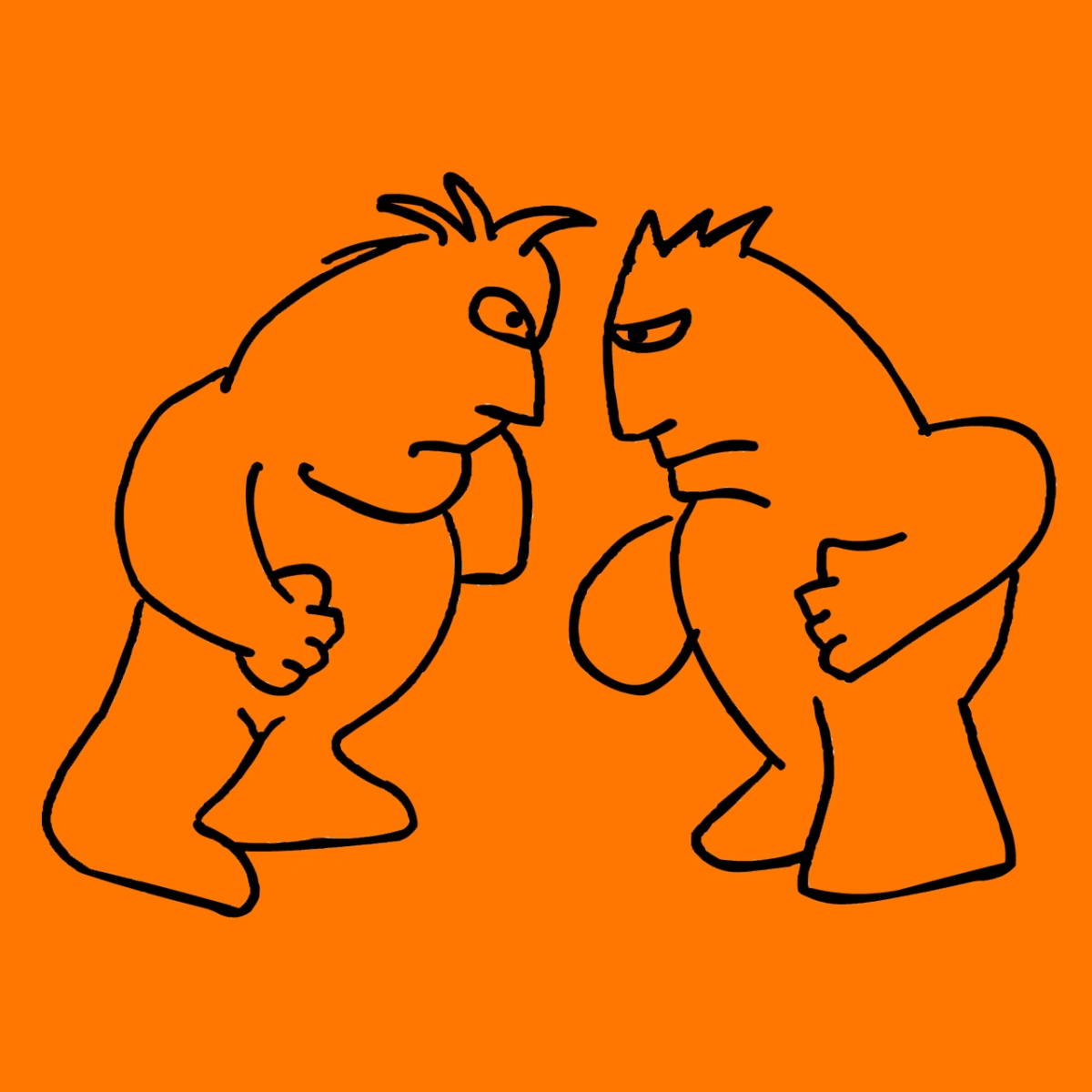 Okay, you all probably already know that the antonym of antonym is synonym. But what about the antonyms for these?

Ambidextrous: Derived from the words for both (ambi-) and right (dexter, particularly when it refers to a hand), while this word literally means “both right handed,” what it really means is that someone uses either hand equally well.

But, as a further relic to the biases in our language, its antonym is actually ambisinister, and this comes from that  both prefix again, only this time combined with the word for left — and yes, you’re not hallucinating when you think that we also got the word “sinister” from it. Like, duh.

Democracy: This comes from the Greek words for the people, demos, and power, or kratia. Literally, power of the people. And you can’t get more of an antonym from this than the word derived from “self” and “power,” which is autocracy.

In a democracy, everyone has a voice and a vote. In an autocracy, only one person does. And I can tell you right now which form of government I’d prefer. Hint: It’s the one that comes with a big “D.”

Paranoia: Another Greek one-two combo, this term comes from the words from “beyond” or “beside” (think “paranormal”) and the word for mind, “noos,” which is two syllables, by the way.

So the short version of this term is beyond or beside one’s mind, but we all probably know that the practical and medical definition is to be unreasonably afraid or untrusting of others or, in other words, to think that everybody else is out to get them.

This one has two antonyms, one older and from Latin, and the other newer and somewhat made up. The newer one is “pronoia,” and it basically flips the Greek prefix to create a term that means someone believes that everyone else is out to help them.

Probably just as mentally ill, but whatever.

The Latin-based antonym is the word “confidence,” which comes from the words for “with” (con) and “faith in” (fi for faith, and the whole dence bit to indicate a state of being in.)

Kleptomania: From Greek again, klepto for “thief”, and mania for “madness for.” So the opposite is, oddly enough, doromania, the first part of it derived from the Greek “doron,” meaning to give gifts.

So if you don’t have a weird compulsion to take stuff, you’d have a weird one to give stuff. And also note the weird similarity to the Greek word and the Latin word for the same, which is the one that came down to English: Donor. Hm…

Prolix: This is probably a word you won’t encounter too often outside of academia or pretentious book reviews, but what it means it for something to be way too wordy.

It comes from Latin, with the prefix “pro,” meaning to move outward, and the suffix derived from liquere, to be liquid. So the word pretty much indicates a spilling of way too much — figuratively liquid, literally, words.

Antonym, also Latin but, surprisingly, not perlix. Instead, it’s condensed. And since that’s a word in English, it probably requires no explanation, but it’s pretty clear that it generally involves taking a spread-out liquid and slamming it into a much smaller space.

Clockwise: This one is interesting, because it also has a synonym you probably don’t know: deasil. And guess where this one comes from ultimately? That’s right, our old friend dexter, meaning to the right. And when you walk clockwise, you start by turning right.

Now the obvious antonym for clockwise is either counter-clockwise or anti-clockwise, depending on whether you’re in the U.S. or UK, but in keeping with the ultimately pagan term deasil (which got to English from Latin via Gaelic, actually), then the term we need to use is widdershins.

This one probably comes from old German, with the literal meaning “against the way,” or, in other words, to go the opposite direction from something else, generally the Sun.

Which makes sense because, if you’re in the Northern Hemisphere and facing north, the Sun does pass overhead going clockwise. If you walk toward the east, you’re the one going all widdershins.

One thought on “Talky Tuesday: Words you didn’t know had antonyms”