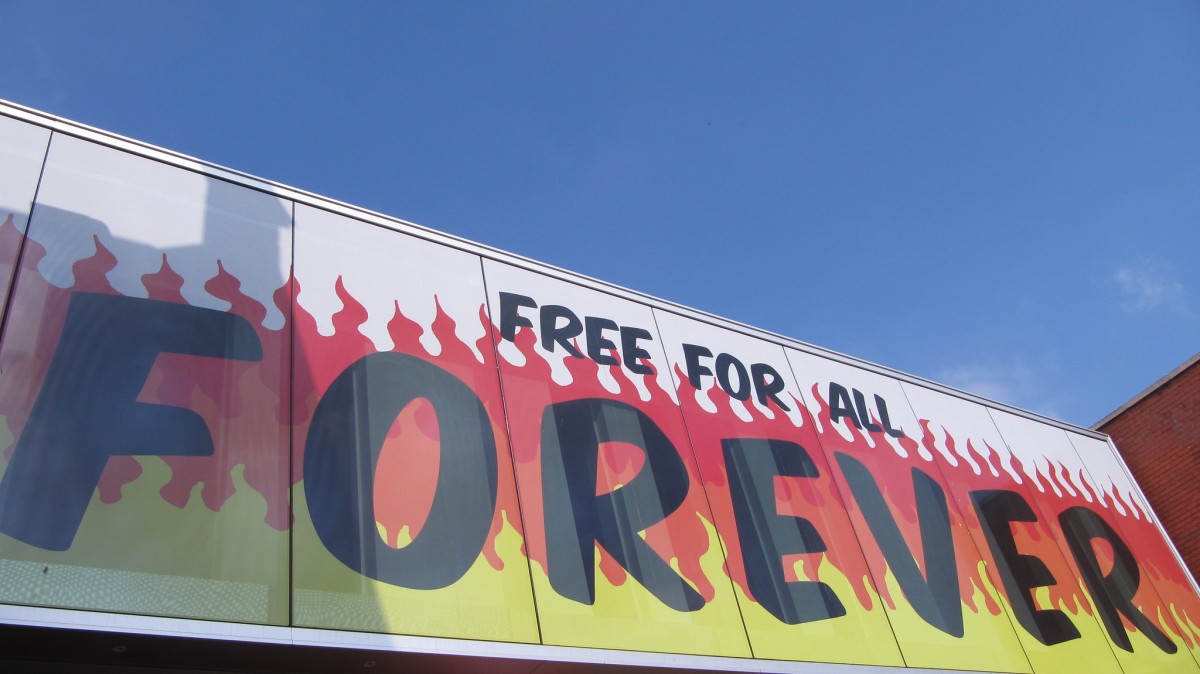 Here’s the next in an ongoing series in which I answer random questions generated by a website. Here are this week’s questions. Feel free to give your own answers or ask your own questions in the comments.

What’s the worst hairstyle you’ve ever had?

This goes back to my musician days, and it started when I told my stylist, “I want to grow it as long as I can.” Well, that long turned out to be more than halfway down my back. Keep in mind that I’ve got really thick, wavy hair, so it’s not the kind of thing that adapts well to that style.

Sure, if I had thinner, straight hair, it would have been awesome. But had had this shit on my head for a couple of years, which made summers hell, not to mention that it made morning prep a lot more difficult because it took a lot longer to wash and a lot longer to dry.

The other trick when my hair gets long is that one side naturally combs up and the other combs down and I can never remember which is which, but if I get it wrong it’s a nightmare. That’s why I would also have my stylist keep the sides fairly short but with the major warning: “This can in no way resemble a mullet, because it’s not the 80s anymore.”

Yeah, this was total grunge era.

Anyway, the day finally came along that I got sick of it and told her, “Okay, cut it off,” and I haven’t really gone back since.

Well, that’s not quite true. In 2020, I’d had my last hair cut in February, and by July it was getting pretty long and crazy, at which point I just said “fuck it” and shaved my head for the first time in my life. That was actually interesting and, since I wasn’t really going anywhere, didn’t have a big effect on my life.

Oddly enough, it wasn’t until February 2021 that I got my next cut, a freebie courtesy of my at-the-time boss’s wife, who was a stylist — but now it’s June again, and it’s turning into another rat’s nest or, as a former co-worker used to call it, my “Mad Scientist Hair.”

Still, nowhere near has bad as when I actually had it trained to crawl down my back. Left to its own devices, my hair mostly behaves.

What movie has everyone else seen but you haven’t?

There are probably a few, but the one that most surprises people is probably E.T.: The Extraterrestrial. Why? Because I just had less than no interest in seeing it when it came out. It felt like Spielberg had already trod that path with Close Encounters, and from what I’d seen in trailers and ads, it just seemed too cutesy-stupid, even for a kid but especially for an adult.

Years later, when they replaced guns with walkie-talkies, it definitely went into my “Don’t bother” pile.

If you could pick up any one instrument and instantly be a virtuoso at it, what instrument would you choose?

This one is easy, but multiple option. It would be any of a handful of stringed instruments, although while learning some make the others easy, it’s not always the case. So I’d say either guitar, banjo, or fiddle, reasons below.

Keep in mind that guitar also gives you electric bass and ukulele, while fiddle gives you violin, cello, viola, stand-up bass, and contrabass. The difference? The first three have frets. The others do not. Or, in other words, a guitar and friends will tell you where to put your fingers. With the noble strings of the orchestra, you just have to figure it out and remember.

Plus… bow. Guitars and friends don’t have bows. You can finger your orchestral strings if you want, but it’s a specialized move called “pizzicato.”

Now guitars do have picks, while bass may or may not and ukulele doesn’t. Then there’s the banjo, which comes in several flavors — four strings, so close to a bass, or five string, so between bass and guitar, except that the fifth string is much shorter and is considered a “drone.” And while you can pluck them or play them with guitar picks, there are also metal banjo picks that go over your finger and which wouldn’t really work with the others.

Oh yeah — in a lot of cases, you also get a built-in tambourine — or at least a drumhead — with a banjo.

But why my interest in any of these — these being guitar, fiddle, banjo, or uke? They are portable, are easy for a crowd to hear, and you can sing when you play them. Or, in other words, the perfect party entertainment or busker tool if you feel like hitting up your local metro station for some pocket change. Or just making people happy.

What’s the weirdest thing you’ve found lying on the ground / side of the road?

Oddly enough, this goes back to my musician/bad hair days. The ol’ band had been in the recording studio and were heading home fairly late at night. Now, even though three of us lived together, we had come to the studio from different work locations, so were all in separate cars. Meanwhile, the rhythm guitarist and drummer lived on the other side of the hill, so they headed south while the rest of us headed east.

We were way up in the buttfuck boonies of Chatsworth or something, so our route home took us past Northridge Hospital. I happened to be in the lead, but then suddenly slammed to a stop when my lights picked up something very pale and white in the road.

My bandmates pulled up behind me and we got out to find an old woman in a nightgown lying across the slow lane.

She was alive and conscious, but as we approached, she told us, “Leave me alone. Leave me here. I want to die.”

There being no cellphones, one of our bandmates ran over to the ER entrance only to be told that they couldn’t do shit unless she walked in. Great. So he found a payphone and called the police, who eventually showed up.

The entire time, we kept our cars parked around her, emergency lights flashing, and watched for approac1hing traffic in order to warn it around. Probably not necessary, though, because I think it was very late on a Sunday night — that’s how we got really cheap studio time — so no likely hood of much traffic.

The cops, typical for cops of that era, were completely unsympathetic dicks, at least to her condition, pretty much openly mocking her. However, they at least did have the power to get the ER crew to come out, flop her on a gurney, and admit her.

I have no idea what happened after that. I do know that it was a different era, and the attitude of medical professionals has changed enormously since then. And it still spooks me to this day that had I not realized it had been a human in the road and just perceived it as some junk or a plastic bag, I might have unintentionally granted her wish, with my bandmates accidentally ensuring that the job was done.

And the weirdness of the entire situation is why I remember it to this day.