In this short story, we visit the world of small theatre in L.A. and one producer/director secretly using the artform to help his actors improve themselves. 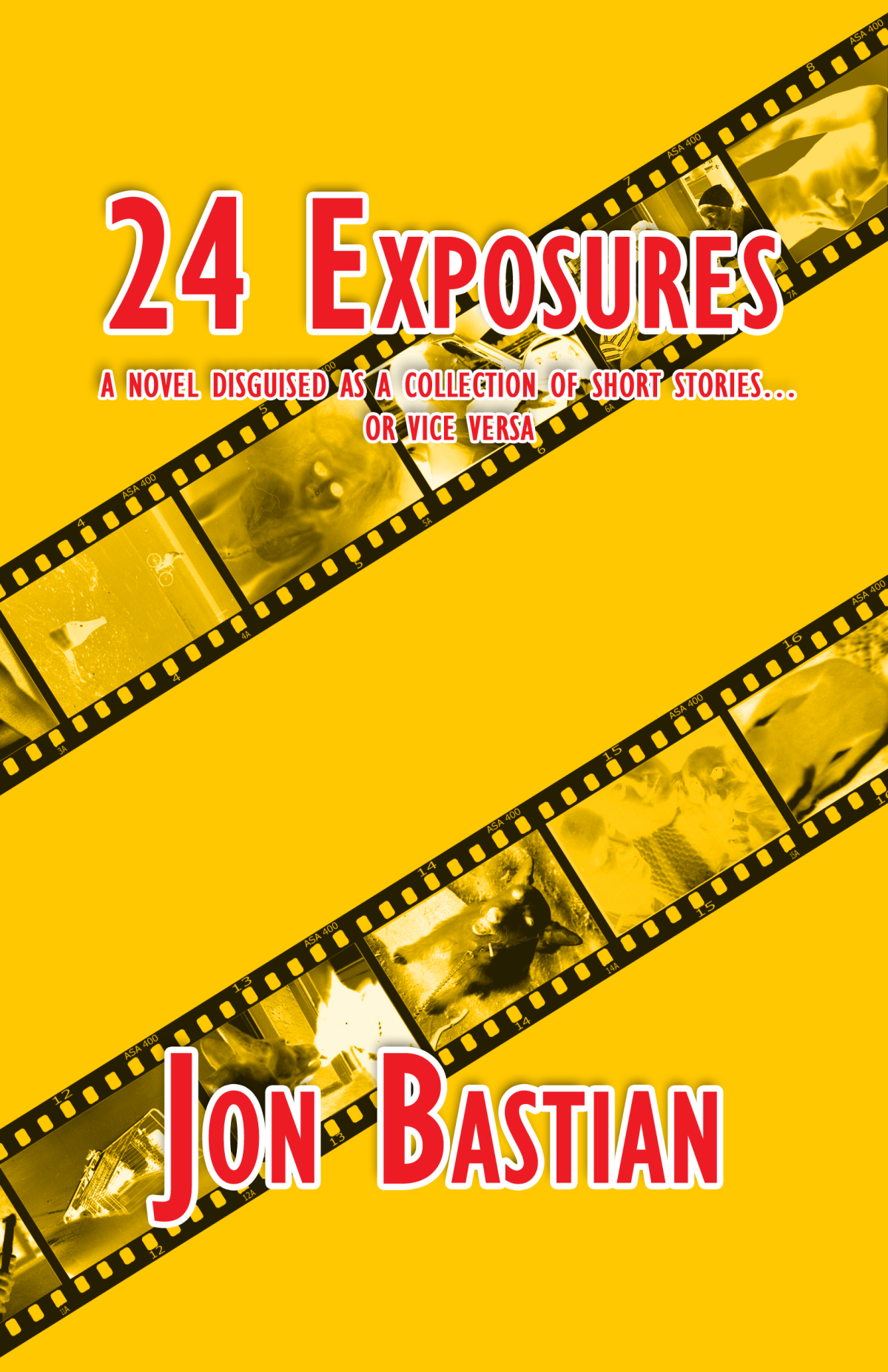 Here is the next short story from my collection called 24 Exposures, which I wrote over 20 years ago, the first of three installments. This one is set in the world of small theatre in Los Angeles, something with which I’m very familiar as audience member, writer, techie, and performer. This story focuses on the Gloria O’Ferral Theatre Company in Hollywood, and its owner, Bill, who believes in creating his characters in order for his actors to have huge breakthroughs and learn about themselves. His latest effort involves Max and PJ.

Fifty minutes later, Bill crept back into the theatre, careful not to make any tell-tale noises. He snuck up to the darkened booth and edged to the glass. He looked down at the stage and smiled. He’d gotten the acting breakthrough he’d hoped for.

Max and PJ were sitting, keeping their distance on the stage, shirts on, although PJ’s was inside-out.

“I think I get the scene now,” PJ explained, Max covering a laugh and a glance.

“You two want to try it once, then?” Bill asked as he took his seat in the front row.

“Sure,” PJ replied, moving to the bed, Max joining him.

“Okay. And, lights are off, anticipatory laughter from the audience, cue the maid, she turns the lights on — go.”

Max and PJ looked at each other, startled. Significant comedy pause… and then they vacuum-locked their faces together, PJ wrapping a leg around Max, Max dragging PJ in with both hands and the moment was beautiful. It really would bring the house down, the big revelation when everything else made sense.

The boys finally broke and looked at Bill, who applauded. “Excellent,” he said. “We’ve got a winner on our hands.”

And indeed they did, at least for this third of the cast. All through the rest of rehearsal, PJ was flying, nailing everything, not holding back at all. Bill had broken the wall, freed his talent and he saw that it was very good.

One down, two to go…

The secret was always discovery, not revelation. With actors, it was like training lab rats. Never show them the cheese, let them wander the maze and think they figured it out themselves. Donna was great at figuring things out, but lousy at letting herself realize she had.

Then Bill saw her walk into a car. She was coming to rehearsal and happened to arrive at the same time as Vince, and they were both crossing the street, talking but not looking at each other, at least not openly. Since they were jaywalking, they had to go between parked cars and Vince lead the way, but Donna was paying no attention at all and — wham!

Right into the side of a big, brown American beast, rebounding, stopping. Bill heard her call out, “God, I am so stupid.” Vince hurried over to Donna, took her arm gently, probably asking if she was all right. He guided her between the cars to the sidewalk, looking very concerned. She kept nodding, looking for the hole to crawl into, but Vince’s concern was completely genuine.

They both spotted Bill, walked toward him.

“You didn’t see that, did you?” Donna asked him.

“See what?” Bill lied. “Hey, guys, you know what? Your director did a stupid thing tonight. Come on inside.”

They entered the theatre and Bill explained his faux pas. He had intended to work with Mark and Donna, but had called Vince instead. It was too late to fix that, and anyway all of Vince’s scenes were fine. But would Vince mind reading Mark’s part tonight, working with Donna?

And of course he wouldn’t, and so they did, Vince reading from the script as Donna played the scene — and played it with something much different than had ever appeared opposite Mark. That was, of course, the plan. Donna’s character was supposed to be madly in love with Mark’s but afraid to say it, until this moment in the play, when she confessed her love. Meanwhile, unbeknownst to her, Mark’s character was madly in love with her, et cetera, et cetera. Each of them was supposed to think they were talking about someone else.

Suddenly, it played beautifully. Donna was a little giddy and shy and hesitant, and so was Vince and the whole thing positively reeked of two people crazy about each other but unable to just say it. Artifice catapulted to reality, and Bill gave himself a mental pat on the back. This show was going to come together like none of the others ever had.

And by opening night, it did. He’d heard rumor among the company that Donna and Vince went out for coffee one night, then dinner and a movie soon thereafter. The grapevine reported that Vince finally admitted he was crazy about Donna but was still in the middle of getting a divorce, something he’d kept secret though, so he hadn’t dared say anything to her. But, as soon as it was final, would she…? And she would and they did, eventually, and on opening night, their acting soared.

So did PJ’s and Max’s. The curtain call got a standing ovation and the opening night party was rambunctious with the joy of success.

Except that Max was standing alone afterwards, PJ nowhere in sight. Bill walked over to him. “Good job, Max. But where’s your leading man?”

“He’s not mine,” Max explained, looking around. “There he is.” He pointed and Bill looked, seeing PJ talking to other cast members, his arm around a young man who wasn’t part of the company.

“He’s had him for six months,” Max said. “He finally decided to let the big secret out.”

“You cast us on purpose, didn’t you?” Max answered.

Bill smiled, nodding. This play had been more of a success than he could have hoped for. He excused himself, started to walk away when Max continued. “And Vince and Donna. And Mark and Loretta. Funny how every time we do a show, some new couple gets together, isn’t it?”

Bill stopped, looked at Max, wondering if he’d figured it out yet. Maybe, but Bill wasn’t going to tip his hand. “Funny how theatre works that way, isn’t it?”

“Very funny,” Max answered, and Bill was sure his secret was safe. “So what’s next for us, Little Billy?”

“Oh, you’ll see,” Bill replied. “You’ll see.” He made a mental note. Max had mentioned once that he never thought he’d be able to do nudity onstage. That was an actor’s block that needed to be removed, one more step in Bill’s big mission. And removed, it would be.

All their blocks would be removed, eventually, and they would be better people for it. True love would be discovered and true talent revealed and Bill’s company would continue to be one, big happy family. That was the promise he’d made when he’d cashed that big check, the promise he’d continued to keep. It was the price he’d agreed to pay for his windfall, but it was a debt that constantly paid him back with happiness.

His fear had been removed, and he was going to do his best to do the same for others, for this big, wonderful company. His children, his stars.

Because stars were meant to shine, after all, and the show would go on.

Significant dramatic pause, and then Bill exited to his office, already working on his next play, hoping for another rousing success.