Have you ever wondered how your favorite amusement park rides work behind the scenes? Here are backstage peeks at a few of them. 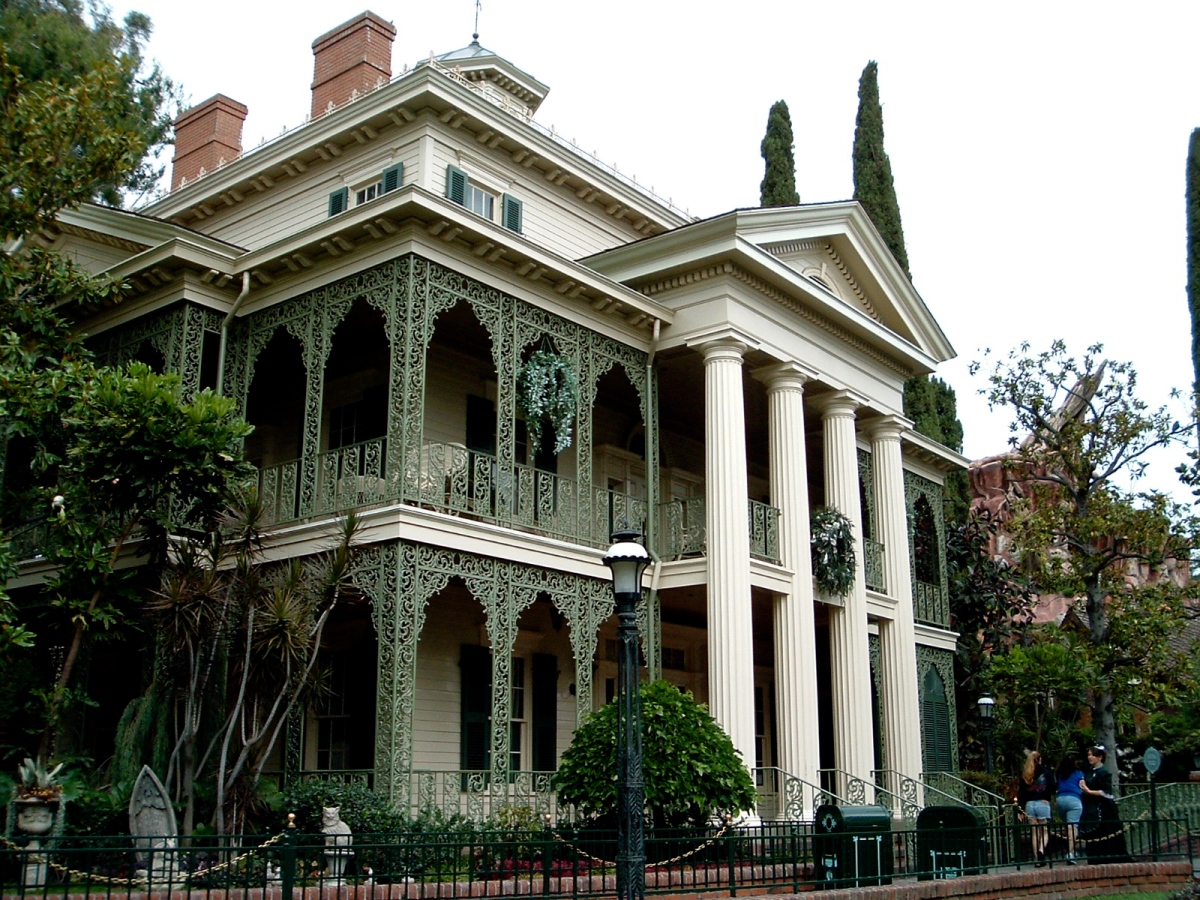 Okay, I have to admit that during these “must stay at home” times, I have been watching a lot of behind the scenes videos of amusement park rides, particularly those at Disneyland and Universal Studios Hollywood, my two favorite parks, although the latter is my super favorite because A) It’s really close to home and I can get there on the L.A. Metro, B) It’s a lot cheaper than that overpriced Disney Shit, and C) It was the first amusement park my parents ever took me to when I was a wee lad.

But the best part of learning about how some of the more elaborate rides work is how simple they really are. And I’m not really counting roller coasters here, because those basically just involve gravity and flinging shit up and down rails. There is one exception, because it hides a big trick, but I’ll get to that in a moment.

There are kind of a couple of eras hiding in here, too — really old school Disney, and really modern tech. Not that Disney also hasn’t embraced the latter, but others may have done it better.

Disney’s first real foray into high-tech ride design came in the form of audio-animatronics, which were basically robots synced to perform to a pre-recorded soundtrack. They still exist to this day at Disney properties, with the Hall of Presidents being one of the more famous examples,

But they also used very early versions of motion control in their inaugural ride Rocket to the Moon, later rebranded as Mission to Mars. In it, guests sat in a circular amphitheater, which had movie screens mounted in the floor, ceiling, and around the perimeter.

The conceit was that the theatre was a spacecraft designed to fly to either the Moon or Mars, and the trip was simulated thanks to motion control of the seats and theatre. For example, as the ship allegedly reached Zero G, the seats would sink thanks to hydraulics to create the illusion of the riders rising out of them, and the entire theatre would shake as the ship dealt with the forces of escaping Earth’s orbit or returning back to it.

I’m not going to get into rollercoasters, though, because those are beyond basic. Cars go up hill, come down hill, done. Well, except, of course, for the exception I already mentioned.

The funny thing about one of the most popular Disney Attractions, The Haunted Mansion, is how simple it all really is. Honestly, a lot of effects on that ride predate its opening by a century, the most famous one being Pepper’s Ghost, which not only creates the ghostly ballroom in The Haunted Mansion, but which has created every single “hologram” show of a dead celebrity that you’ve ever seen. It’s all mirrors, but without the smoke.

That and, of course, how the ride system was designed to focus your POV and keep the music and such in sync with where you were while delivering a quite different experience to the “Doom Buggies” just before and after you, right down to the point that you meet those hitchhiking ghouls in the mirrors at the end.

It wasn’t until computers crept in, of course, that shit got much more complicated.

Nowadays, it’s kind of expected and ubiquitous, at least if you’ve ever seen a movie in 4DX (which you should, if it’s the right one.) But once upon a time, motion control rides were the weird exception, and Disney was not an early embracer of the tech.

Who was? Universal, and it happened when they were trying to develop a Back to the Future ride. Probably not all that surprising, because Robert Zemeckis was a genius at developing new and incredible special effects techniques that advanced the art by lightyears.

Serious, look at any of his movies, and then marvel at how he seamlessly did shit that no one else had figured out how to do at that time.

All of which left Universal with big boots to fill, but they ultimately did because they latched onto an idea that has since become quite common: What if we make a rollercoaster that doesn’t move?

Of course, they didn’t phrase it that way. Instead, they settled on Motion Control and ride design that didn’t rely on long tracks and such but, rather, basically stayed in place while rocking the riders through four degrees of freedom.

Ta-da! The birth of the modern amusement park ride!

And Universal beat Disney to the punch with Back to the Future. The Disney version, Star Tours, which kind of used a less elaborate version of the same effect, came out later. In both cases, the rides took up much smaller spaces than traditional rollercoasters, with more square footage being dedicated to the queuing area than to the ride itself.

Speaking of Universal, one of my favorite rollercoasters in the world is there: The Mummy’s Revenge. It occupies the space that was once long ago taken up by the E.T. Adventure ride. The concept is simple. Themed to the Brendan Fraser movie franchise, you board a coaster that takes you through a story set-up at a leisurely pace before it takes off on a fast and twisty dark ride with all kinds of thrills and scares from the movie.

And takes off is the right word. Just as two of the gigantic and menacing skeleton guards from the movie drop from the ceiling and stop inches above your head, it’s blastoff into the dark time.

The cars ride on metal rails and use linear induction motors. That is, a current is shot through those tubular rails and it accelerates the car smoothly and quickly. Of course, it probably uses a few of Space Mountain’s tricks as well, like blowing fans on the cars, which give the perception of moving even faster.

Then the ride comes to a sudden stop as projected scarabs climb down the walls before water jets above you and air jets in the car simulate thousands of them climbing up your legs to eat you. But that’s not the big surprise.

Suddenly, the car blasts off backwards and continues to the station that way. The first time, it can be quite unexpected and for the longest time I wondered whether they only ran one car at a time so it could make that backwards journey.

Except that the trip back always seemed shorter and faster than the trip out. For a long time, I put that down to traveling backwards creating that illusion until I finally noticed something about that room where the car came to an abrupt stop.

While we were being distracted by the threats from above and below, a switcher behind us activates to route the car onto a different track heading back. That way, another train could be heading in while we were returning. If you pay very close attention, you can actually feel the slight difference in direction between your entrance and exit.

Right before the ride ends, the car stops on a turntable, which spins it back right-way around, so the whole thing is self-resetting and the car, now moving forward, merges back into the original line.

You can find another Universal attraction that creates the illusion of much more movement than there really is in Harry Potter and the Forbidden Journey, which is stuffed full of tricks, although you probably actually walk farther in the ride queue than you travel in the ride itself.

It’s a very impressive queue, though, full of recreations of all things Hogwarts, including 3D projections of various film cast members who show up to urge you on your way. There’s also one point when you emerge into an outdoor area representing the place where students pot the screaming mandrakes, and this gives an amazing view of Universal and the surrounding Valley.

Sure, it kind of destroys the illusion of being in the far north of England, but it’s still a lovely view.

Eventually, you board a four-passenger vehicle and are strapped in with safety bars, and then you’re off. The ride itself was originally presented in 3D with glasses and I was fortunate enough to experience it that way two times.

Sadly, too many people were getting motion sickness, so they ditched the glasses. Too bad. They should have just warned people, “If you start to feel nauseous, take the glasses off.”

But like the Back to the Future ride, most of the motion is created by what you’re seeing and not what you’re actually feeling. The ride car you’re in is basically dangling on a short crane that follows a single track, and the crane does all the work of lifting, twisting, and turning the car as it passes through the various projections.

These mechanisms are hidden from riders’ view by the lighting, positioning of the passenger seats, and the projection screens that use hemispheres to wrap around each car as it goes through.

You can see video of what it looks like with the lights on and no projections here. Not quite the same thrill ride that way, is it?