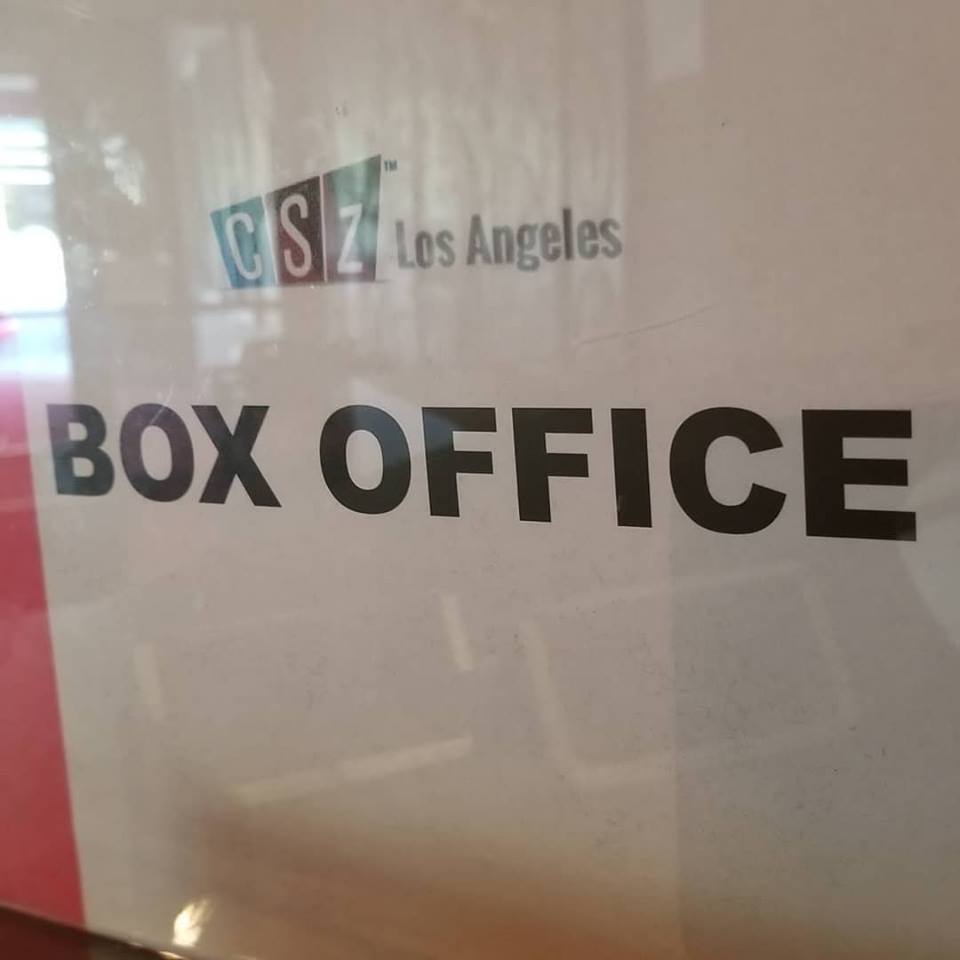 I don’t think I’ve really mentioned it here, but around the end of 2016, I started taking improv classes because I found out that they were a thing and that a friend of mine taught them. Having been an actor in several past lives, one of the things that really scared me was going onstage without a script so, of course, in order to become stronger, I was determined to do something that really scared me.

And a funny thing happened between starting those classes and winding up actually doing improv onstage in front of people: I learned that I really, really like it. And I’d stumbled onto a great group: ComedySportz. If you’ve ever seen “Whose Line Is It Anyway?” then you kind of know the games we play. Two differences, though. We are a lot older than the TV show, founded in Milwaukee, Wisconsin, in 1984 (yeah, Whose Line probably stole from us), and our shows are done as a competitive team sport — Red Team vs. Blue Team, with a referee.

After I’d graduated to performing for the company’s Monday night Rec League, I wound up working box office on show nights as well — long story. And this was where I really wound up confronting my self-imposed idea that I’m an introvert. Nope. Although I’m not always an extrovert, either. As it turns out, I’m somewhere in the middle, among a group of people called ambiverts.

Which is what made me realize, most surprisingly, is that I really like dealing with the public. Who knew? But, on top of that, ComedySportz has a College League, and once they came back into action this month, I’ve gotten to meet and deal with a lot of “kids” younger than 22-ish and young enough to be my kids and, since the High School Teams feed into College League, I’m often dealing with folk in the 15 to 22-year-old range.

And you know what? These “kids” give me a lot of hope for humanity. For one thing, they are not the same self-centered assholes that were my peer group at those ages. For another, they don’t seem to have the same stupid fearful boundaries that older generations had. Some of them are quite clearly and openly LGBTQ+, and none of their friends seem to care one way or the other —guys who are obviously straight don’t give a shit about being seen giving a hello hug to an obviously way out of the closet gay guy, and so on. And yeah, in general, they’re very huggy and supportive and it is a truly beautiful thing to see. All of the old and arbitrary borders are falling and acceptance is exploding.

I only hope that this world survives long enough for these kids to start taking power which, sadly, won’t be until at least the 2040s. But I have full faith that once they grab the reins they are going to steer this horse into the future over the corpses of the Baby Boomers who failed the planet and the Gen-Xers (yay me!) who weren’t given a chance because, q.v. fucking Baby Boomers.

And, in the distant future, the Millennials will become known as the new Greatest Generation if Gen Z doesn’t steal that title. You go, kids. Can I at least be your real-life Halliday or something? I mean, I was kind of born in the right era and all… 🙂